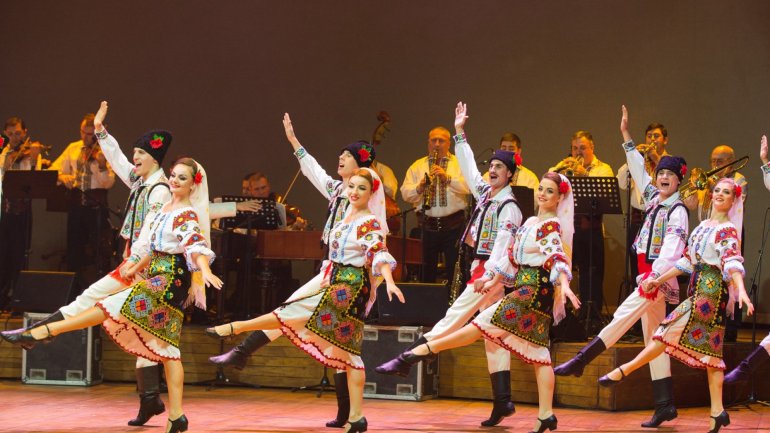 Moldova's Culture Day is being celebrated in Israel. "Joc" ensemble from our country is entertaining its guests in Tel Aviv. Hundreds of people, most of whom are immigrant from Moldova, came to admire the talent of Moldova's dancers. The opening ceremony was attended by Prime Minister Pavel Filip, along with a delegation from our country.

The culture manifestation takes place to mark the 25th anniversary of  Moldova–Israel relations. Pavel Filip  has not failed to mention the strong relations Moldova's nation has with the Jewish community.

The official underlined the valuable contribution of many Jewish people, who have Moldovan roots, at developing and building Israel. Among them counts Shmuel Cohen - who created Israel's anthem, who was born in Ungheni.

"There are many Jews who left Moldova and now live in Israel and they have done much for our country. We are proud to say those people were born in Moldova. At the same time, it is a pity they have left, for Moldova needs talented people" Prime Minister said.
Hundreds of immigrants, who were born in Moldova,
"I lived my whole life in Moldova, in Călăraşi and in Chişinău. I have been to this ensemble's performances since I was a student. I am happy that they came here."

The event was even attended by a couple who came all the way from United States of America to enjoy the show. They have left Moldova 25 years ago and came to the concert without flowers and filled with emotions.

"I waited and came here from far away, because I know someone here. My brother is the one singing"

"I came here for the the concert."

Culture Minister Monica Babuc also attended the event, saying she was surprised to find out how much people loved and appreciated the Moldovan dances and culture.

"After the show, lots of audience came to me, showing their love for the performance", said the Culture Minister Monica Babuc.

After the concert, Prime Minister Pavel Filip met with Moldovan Jews settled in Israel but also with the diaspora today.

Although they left Moldova for long time, they said they always caught up with news from Moldova.

Moldova's Culture Day in Israel is celebrated between November 9 - 11.