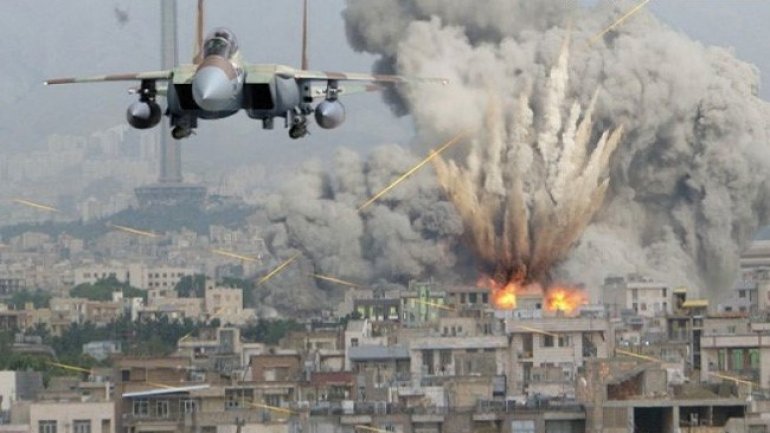 An air raid has struck several cars in northwestern Syria, killing at least eight people, including al-Qaida-linked fighters and a senior commander with a Chinese Islamic militant faction, an activist group and a local jihadi commander said Monday.

The attack occurred late Sunday on a road leading from the town of Sarmada to the Bab al-Hawa area on the border with Turkey, said the Britain-based Syrian Observatory for Human Rights and a local commander with the Fatah al-Sham Front, an al-Qaida-linked group. The militant spoke via text messages on condition of anonymity because of security concerns.

It was not immediately clear who was behind the attack, but the Observatory's chief Rami Abdurrahman said it is widely believed to have been carried out by the U.S.-led coalition, AP reporting.