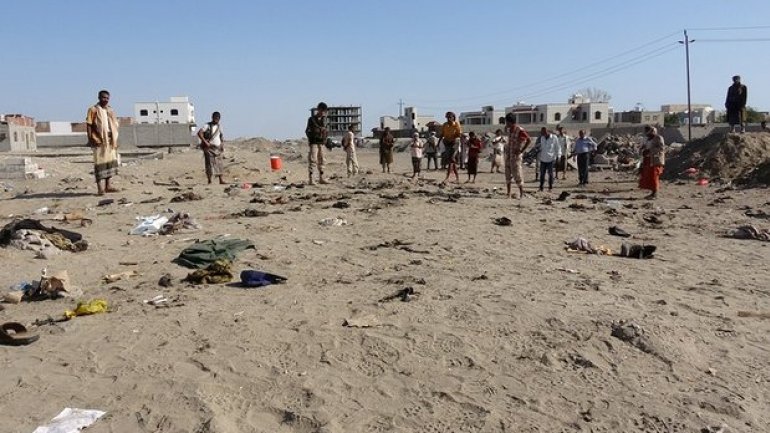 Islamic State claimed a suicide bombing near a military base in Aden that local officials said killed at least 48 people, the second major attack on soldiers in the Yemeni port city this month, informs The Wall Street Journal.

The Sunday morning blast targeted soldiers waiting to collect their salaries outside a Yemeni coast guard installation near Aden’s Solaban military base, according to the officials. It followed a Dec. 10 car bombing outside the base, also claimed by Islamic State, that killed more than 50 soldiers who had also lined up to collect payments.

In a communiqué about Sunday’s attack, one of Islamic State’s Yemeni affiliates said its bomber had used an explosives-lined vest, according to a translation by the SITE Intelligence Group, which monitors global jihadist activity. It was accompanied by a photo of the alleged bomber smiling and wearing a white vest, flanked by an Islamic State flag and an assault rifle.

The bombings present a new security challenge for President Abed Rabbo Mansour Hadi, whose internationally recognized government is locked in a more than 20-month war with Yemen’s Houthi rebels.

Mr. Hadi ordered an investigation of last weekend’s attack by his deputy interior minister and promised a payout worth some $4,000 each to families of the dead and about $2,000 to each person wounded.

Branches of Islamic State were founded in Yemen in 2014, but only became active in 2015. They have since carried out dozens of attacks, including some of the deadliest in the country’s history. The Sunni Muslim terror group in March 2015 targeted a pair of mosques frequented by Houthis, who are backed politically by Shiite-majority Iran, killing more than 140 people.