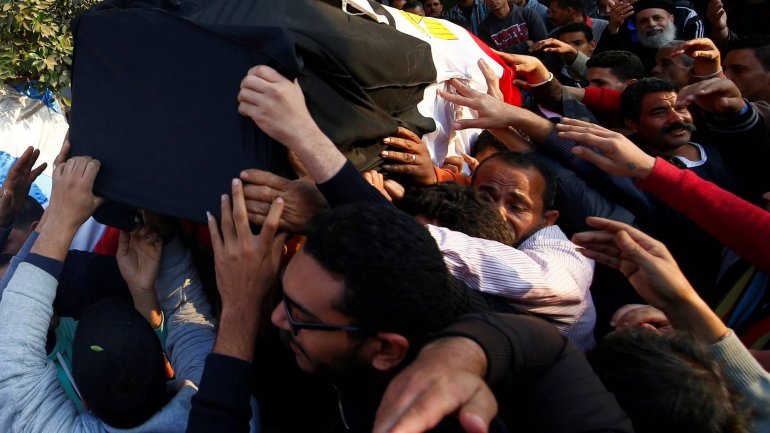 Islamic State claimed responsibility for a bombing that killed 24 people at Cairo’s main Coptic Christian cathedral this weekend, in what would be the first militant attack on a Christian house of worship in Egypt since 2011, reports The Wall Street Journal.

It is the deadliest attack on civilians claimed by the terror group in Egypt since the October 2015 crash of a Russian passenger jet shortly after takeoff from the Red Sea resort city Sharm El Sheikh that killed all 224 people aboard.

Islamic State vowed to continue its war against “polytheism” in a statement circulated late Tuesday by SITE Intelligence Group, which monitors jihadist activity online. One of its suicide bombers had detonated an explosive belt inside a “Christian temple” at the cathedral complex, it said.

Sunday morning’s blast struck the female worshipers’ side of the small church of St. Paul and St. Peter, attached to the Coptic Cathedral in the capital’s Abbassiya district. Most of the dead were women attending a weekly sermon. Another 49 people were wounded.

After leading a state funeral for victims on Monday, President Abdel Fattah Al Sisi declared a three-day mourning period and promised the perpetrators would be brought to justice.

He named the bomber as 22-year-old Mahmoud Shafiq. The government hasn’t said whether he was affiliated with Islamic State or any other group.

The last major bombing targeting the minority came on New Year’s Day in 2011, killing 23 people at the well-known Two Saints Church in the coastal city Alexandria. No group has ever claimed responsibility.