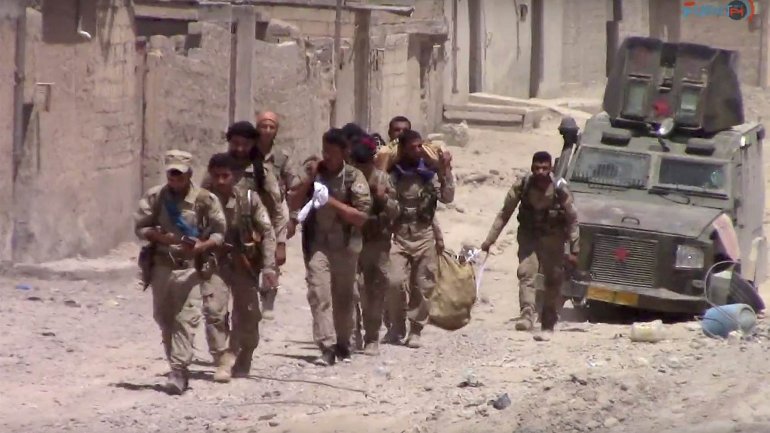 Syrian activists say Islamic State group fighters are battling to repel the advance of U.S.-backed Syrian forces days after they brought the fight to the heart of the militant group’s de-facto capital.

The Kurdish-run Hawar news agency says Friday that U.S.-backed Syrian Democratic Forces are clashing with the militants in the Rawda district, northeast of the Old City walls. The agency says the fight is bringing the SDF within firing range of the city’s grain silos.

The Britain-based Syrian Observatory for Human Rights says the IS fighters are waging counterattacks in the old city, where SDF forces have advanced 200 meters (yards) beyond the walls. The Observatory says the clashes are also ongoing south and west of Raqqa city.

The campaign to seize Raqqa city began on June 6.

By The Associated Press.