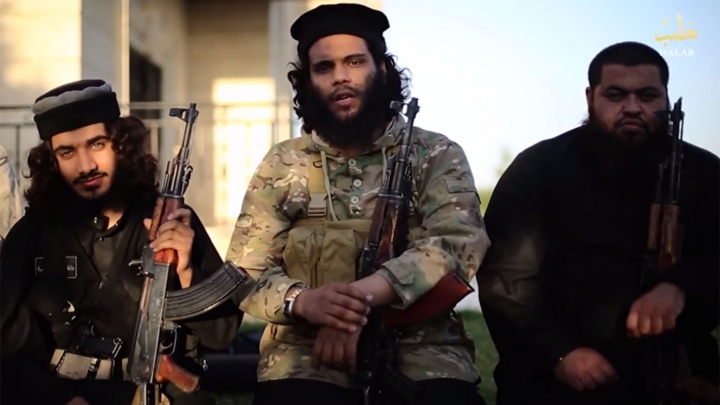 The victims, who played for popular team Al-Shabab, were beheaded in front of a crowd of children in Raqqa after they were accused of spying for the Kurdish YPG.

In a series of tweets, Raqqa is Being Slaughtered Silently named the victims as Osama Abu Kuwait, Ihsan Al Shuwaikh, Nehad Al Hussen and Ahmed Ahawakh.

They shared pictures of the men in their Al-Shabab kits.

Another unnamed man was also executed.

ISIS banned organised sports including football when they took over Raqqa two years ago.

The young football fans had been caught watching the game on television in the Iraqi city of Mosul, which is controlled by the Islamic State.

The teenagers were rounded up and publicly executed by a firing squad using machine guns, anti-ISIS activist group Raqqa is Being Slaughtered Silently reported.