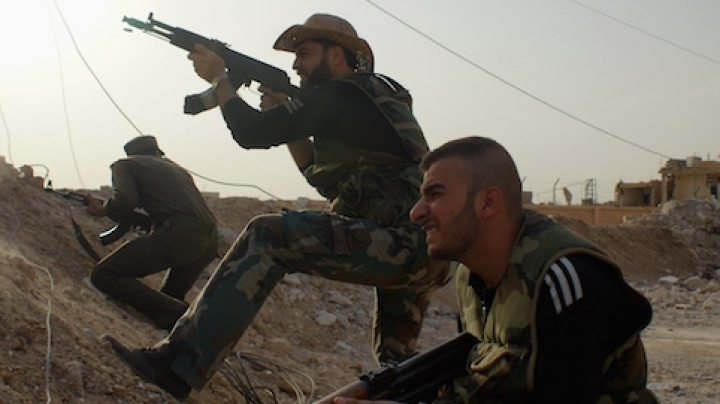 ISIS militants are losing control of the key Syrian city of Manbij to U.S.-backed rebels and appear to be using civilians as human shields as they flee, the Pentagon said.

The Syrian Democratic Forces (SDF), an alliance of Kurdish and Arab forces, have battled to take control of Manbij since May and have claimed the city center, Pentagon Deputy Press Secretary Gordon Trowbridge told reporters Friday.

ISIS seized control of Manbij city in Aleppo province about two years ago. Defeating the militants there essentially blocks a supply route ISIS has between its heartland of Raqqa and Turkey.

The city has been used as a hub for recruiting and processing foreign fighters, Trowbridge said. Militants also use it "for dispatching operatives across the Turkish border for potential use in external operations," according to the Pentagon statement.