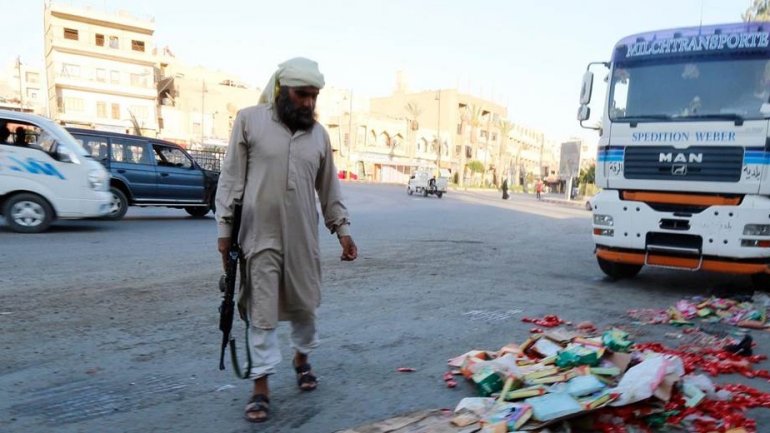 US-backed fighters have captured 80 percent of Syria's Tabqa from the Islamic State group, a monitor said on Monday, a week after they first entered the town.

The Syrian Democratic Forces (SDF) broke into Tabqa from the south last week and have steadily advanced north, cornering IS in three contiguous neighbourhoods on the bank of the Euphrates River.

The strategic town of Tabqa sits on a supply route about 55 kilometres west of Raqa city, the de facto capital of IS territory in Syria.

At dawn, IS fighters withdrew from the western-most district towards the other two quarters, said Rami Abdel Rahman, head of the Syrian Observatory for Human Rights.