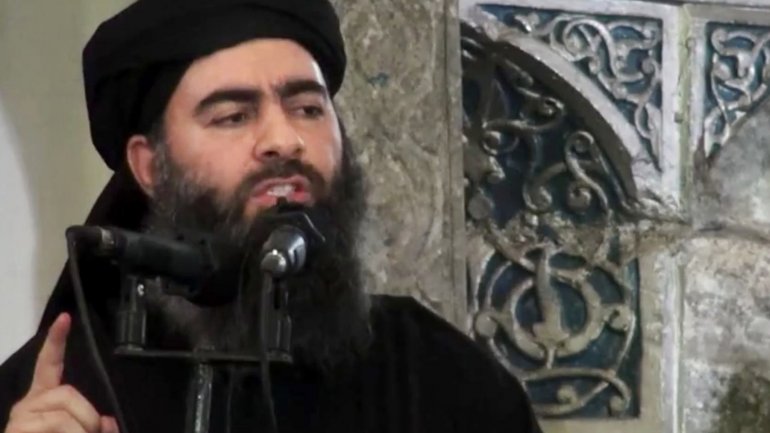 The shadowy leader of the Islamic State group released a new message urging followers to keep up the fight for Mosul as they defend the city against a major offensive aimed at routing the militants from their last urban stronghold in Iraq.

Abu Bakr al-Baghdadi's rallying cry came in a sermon-like recording, more than half an hour long, distributed by the militant group's al-Furqan media arm late on Wednesday. It was not clear when the recording was produced. Al-Baghdadi's whereabouts are unknown.

In his recording, al-Baghdadi rallies his fighters — especially in Mosul — and calls on them to obey orders while remaining resilient and steadfast.

"Oh you who seek martyrdom! Start your actions! Turn the night of the disbelievers into day," he says, according to a translation provided by the SITE Intelligence Group, a U.S. organization that monitors militant activity online, which reported the al-Baghdadi recording first.

"Totally decimate their territories, and make their blood flow like rivers," al-Baghdadi said, urging urges supporters elsewhere to carry out attacks in Saudi Arabia, whose leadership IS opposes, and Turkey, which has deployed troops and artillery north of Mosul and is training Sunni Arab and Kurdish forces there.

Iraqi troops are stationed in the far east of Mosul, and have yet to push deep into the densely packed urban areas less than a kilometer away.

The forces continued to consolidate their gains throughout the day in Mosul's easternmost district, hunting for any IS fighters who may have stayed behind, checking houses and streets for booby traps, and handling an influx of hundreds of people who have fled IS-held territory deeper in the city.

Hours after al-Baghdadi's call, an explosives-laden vehicle sped out of an IS-controlled area toward Iraqi forces, who fired a rocket that blew up the car, killing the attacker. A second suicide attacker also emerged from the same area, the more central Samah district, but that vehicle managed to get away.