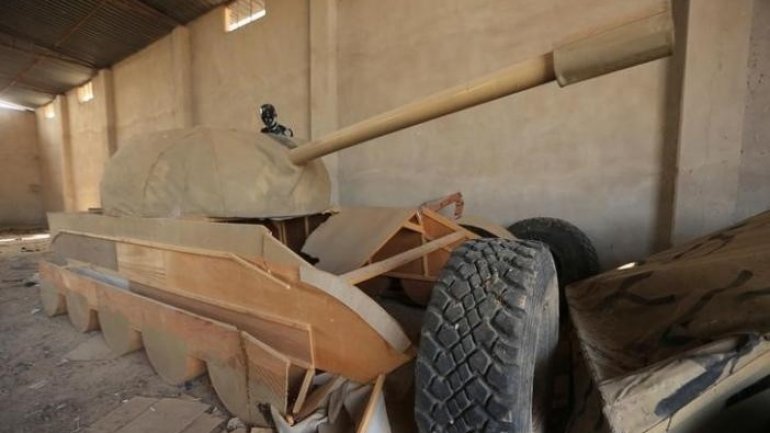 Islamic State is using wooden replicas of tanks and Humvees in a bid to subvert an air campaign by the U.S.-led military coalition supporting Iraqi forces in the Mosul operations, even using bearded mannequins to simulate jihadist fighters.

The Iraqi army captured a handful of the mockups last week at a training site it retook from the group north of Mosul, Islamic State's last major stronghold in the country, which government forces have almost surrounded but only breached so far from one direction.

When seen close up, the models resemble toys but from a long distance they might be mistaken for real vehicles.

"As our troops advanced toward the areas we were charged with liberating, Daesh used tanks and vehicles made of wood to divert the military planes," Lieutenant Colonel Abbas al-Azaji said on Sunday, using an Arabic acronym for Islamic State.

It is not clear how effective the mockups have been at thwarting aerial bombardment, which has been essential to the Iraqi forces' ground campaign to roll back Islamic State from large swathes of territory it seized in 2014.