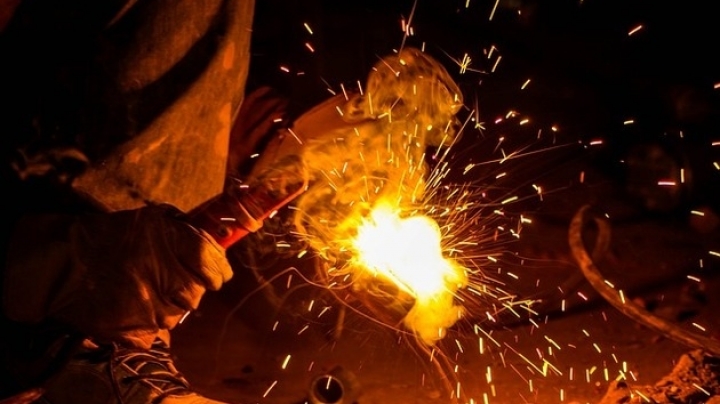 The savage killings happened in front of a large crowd, it is claimed.

A source - who spoke to the news site on the condition of anonymity - said: 'The terrorist outfit executed six youths in Mosul. ISIS said that the youths belonged to a resistance faction. The youths were first handcuffed and then a welding machine and a welding rod was used to kill them. The execution took place in Mosul in front of a large gathering.'

The source added: 'This came in order to create a state of fear and panic among the people.'

In a separate incident, Iraqi News reports that three young men were each given 30 lashes for playing football.

The three men, one of who was wearing a Lionel Messi T shirt, were beaten in front of a crowd after what is believed to be the first arrests of the football-related crackdown.

A witness recounted: 'ISIS men arrested three young men for playing football, one player wearing a Messi shirt in Martyrs’ Park in downtown Mosul. ISIS militants have lashed every young man with 30 lashes in a public square in front of a crowd of people in central Mosul, as they are playing a game, which is prohibited in Islam. ISIS tore the T-shirt which carried Messi's name.'