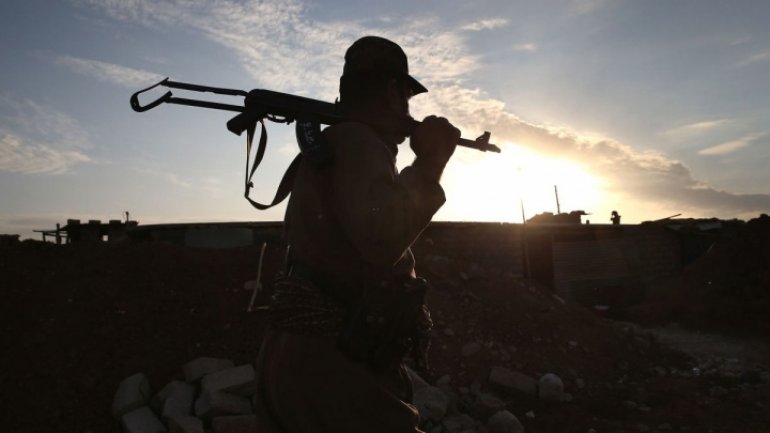 Islamic State has issued a video showing the beheading of a man it described as a Russian intelligence officer captured in Syria, the U.S.-based SITE monitoring website reported on Tuesday.

But the Russian defense ministry denied any Russian serviceman had been captured and killed by Islamic State in Syria.

The 12-minute Russian-language video, released on the day Russia celebrated the anniversary of the 1945 victory over Nazi Germany with military parades, showed the man dressed in a black jump suit kneeling in a desert scene and urging other Russian agents to surrender.