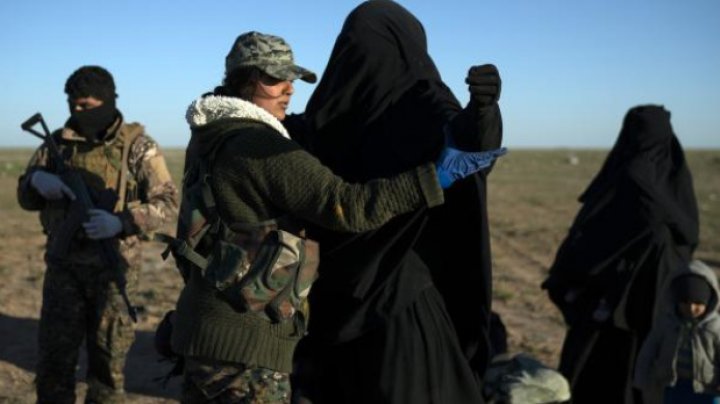 Children need parental protection but thousands of children born to Isis extremists are suffering under the stigma of having fathers who are jihadists and brainwashed mothers or mothers who were raped. These children are left in camps in conflict zones and are vulnerable to dying from diseases or malnutrition and may well be traumatised. They have no birth documents and consequently, no citizenship, and are not being educated. Most importantly, they are stigmatised as potential "time bombs" by many governments that are reluctant to repatriate them, reports 7D News.

Despite the lack of documentation, humanitarian agencies have succeeded in categorising these children. One category is children with Iraqi or Syrian citizen parents; they have papers issued under the Isis regime but these papers are no longer recognised by Iraqi and Syrian authorities.

According to the UN children's agency, Unicef, an estimated 45,000 children in Iraq who were born during the Isis regime are excluded from society because the Iraqi government cannot obtain their birth documents. Ali Akram, a member of the High Commission for Human Rights in Iraq, said, "Many births have occurred, whether resulting from marriages with Isis militants with parental consent, coercion or rape,” and as a result, “There are legal difficulties in obtaining the birth certificate or obtaining documents for a legal marriage contract. And the reason behind this is that existing Iraqi laws cannot issue these documents, especially in the absence of the father.”

As a response to the crisis, Iraq’s Supreme Judicial Council has declared that Iraq is negotiating with the Kurdish-led militias that oversee the camps in Syria for the return of 31,000 Iraqi women and children. However, it has expressed concerns about the ability of Iraq’s government to decide what to do with them.

Human Rights Watch (HRW) has estimated that more than 40,000 foreign fighters and their families came from 80 countries to help build Isis from 2013 to 2017. Many of them are now detained in camps and prisons across eastern Syria, Iraq and Libya. There are over 13,000 foreign Isis women and their children in camps in the northeast of Syria. Almost 7,000 of them are children of foreign fighters from 30 different countries. Nearly half of them are under the age of five.

Citizenship expert Devyani Prabhat from the University of Bristol commented that children of foreign fighters are at greater risk as they are in conflict zones with no country to return to.

Letta Tayler, a senior terrorism and counter-terrorism researcher at HRW has criticised the reluctance of many governments to repatriate these children. “These children are stuck in these camps with no education, no future, and no way out while their governments seem to barely lift a finger to help them," she said.

The European Commission's stance is that the return of foreign fighters to Europe is “binding” but that the decisions and implementation remain up to the European countries. However, the latter argue that it takes time to gather evidence and data and to carry out criminal investigations and process each file.

For security reasons, Britain alone has cancelled the passports of more than 150 people. The British Home Secretary, Sajid Javid, before he was appointed Chancellor in Boris Johnson’s new government, declared that the priority was "the safety and security of Britain and the people who live here".

The Australian Prime Minister, Scott Morrison, has recently softened his stance. He insists he is “not going to put any Australian life at risk to extract people from these conflict zones” but said the government would “cooperate” with an extraction process.

The German Interior Ministry submitted a proposal for a government law to place "children of terrorists" under the age of 14 under the control of the Constitution Protection Authority (IIS) as a "potential danger".

Tunisia and Libya have been negotiating the return of Tunisian mothers with their children. Tunisia has stipulated that the women and children must be transferred through the official diplomatic channels, following identification of the children and the completion of the administrative and legal processes. Libya meanwhile wants to put the women on trial in its territory and hand back the children to Tunisia, a solution rejected by Tunisia, which requests that children should not be separated from their mothers.

The Syrian authorities have recently stressed that children cannot return without their mothers. In response, several countries require that children born under Isis rule must undergo DNA testing to prove their parentage before repatriation.

On July 8th, the 2019 International Forum on Isis, hosted by the Rojava Centre for Strategic Studies (NRLS) in the town of Amuda in northeastern Syria, recommended that these children should be viewed as victims of war and that they should be rehabilitated and integrated with their communities of origin, and protected in a safe, stable environment. The experts focused on the town of Afrin, as it has been subjected to demographic change and ethnic cleansing by jihadists who are supported by the Turkish occupation of northern Syria, despite the town being declared a “safe zone” after a difficult negotiation between the US and Turkey.

The Trump administration has called for foreign governments to repatriate their citizens, though some US officials have suggested that some detainees who cannot be repatriated could be sent to the military prison at Guantánamo Bay.

HRW said that around 2,000 children and 1,000 women with 46 nationalities are being detained in prisons in Iraq and Libya and three camps in northeastern Syria because of links with Isis. Iraq’s Supreme Judicial Council has confirmed that at least 185 foreign children had been convicted on terrorism charges and sentenced to prison by the end of 2018.

Kosovo, Russia and Kazakhstan are among the few countries that have retrieved children on a large scale, organising the return of dozens of Russian-speaking children and, in some cases, their mothers. In the largest one-time repatriation to Europe so far, Kosovo flew 110 of its citizens back from Syria last month, including 32 women and 74 children.