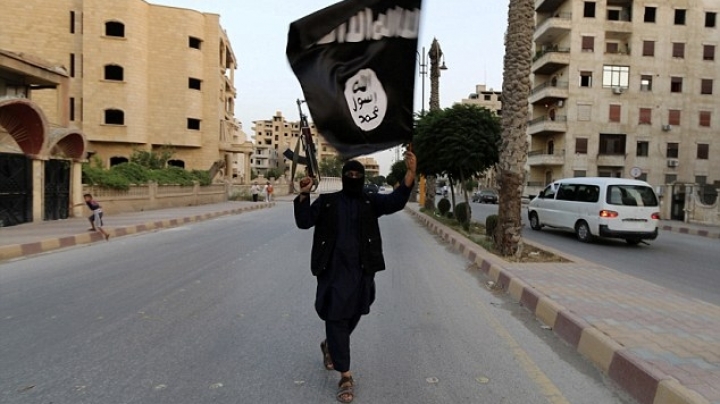 ISIS barbarians have chainsawed nine youths in half in public - after they were accused of belonging to a 'resistance faction', reports Daily Mail.

The young men were tied to iron poles at Tal Afar Square, in the terror group's Iraqi stonghold of Mosul, before being sliced in two with an electric cutter.

All nine had been accused in an ISIS sharia court of being involved in a resistance movement before being sentenced to death.

An anonymous source told Iraqi News: 'ISIS fighters have executed nine youths of Mosul. The outfit accused that these youths belonged to an anti-ISIS resistance faction. The death sentence pronounced by ISIS sharia court stated that the men should be tied to an iron pole in the centre of Tal Afar Square in Mosul and then sliced into two with an electric chainsaw.'

The latest brutal executions come as the US-led coalition fighting ISIS continues to train several thousand Sunni tribal fighters in preparation for a push on Mosul, the largest city in the self-proclaimed ISIS caliphate spanning swathes of Iraq and Syria.

Iraqi authorities have pledged to retake Mosul this year. A top US general said on Tuesday they were on track to meet the target.

Meanwhile, ISIS fanatics have threatened to carry out new lone wolf attacks on the West after their propaganda chief was killed in an air strike.

The terror group's top strategist Abu Mohamed al-Adnani, who had a $5million bounty on his head, was targeted in a coalition bomb strike in Aleppo, Syria earlier this week.

But since his death on Tuesday, seen as a major blow to ISIS, there have been calls for revenge attacks carried out by lone-wolf jihadist operatives.

According to the respected Site Intelligence Group, which monitors jihadist activity, the threats were made on a pro-ISIS account on the encrypted Telegram messaging service, with one warning: 'We will exterminate you'.

Adnani's death was the latest in a series of setbacks for ISIS this year including territorial losses in Syria and Iraq and the killings of other top figures.