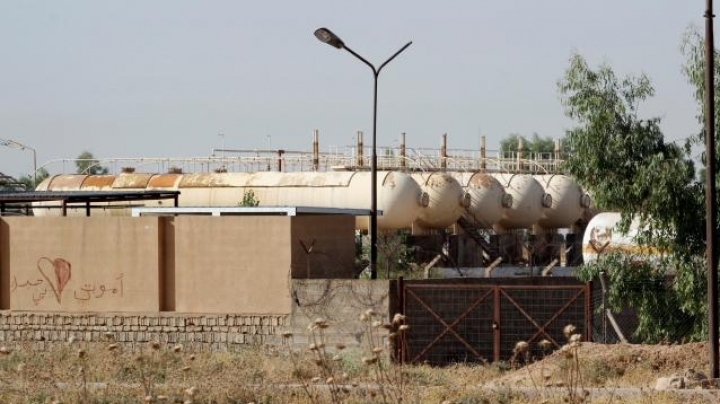 The first attack, on the AB2 gas compressor station, about 15 km (10 miles) northwest of Kirkuk, started around 0300 (0000 GMT) when four gunmen with hand grenades broke through an external door in an attack that left two guards in critical condition.

They then shot dead four employees in a control room inside and planted explosives charges, around five of which went off, the sources said.

Forces from the elite counter-terrorism service stormed the facility, regained control and freed 15 other employees who had hidden in a separate room.

There they launched a similar attack, one detonating his explosive vest at an external gate to allow the others to enter. Once inside the facility, two more assailants set off their explosive vests, destroying an oil storage tank.