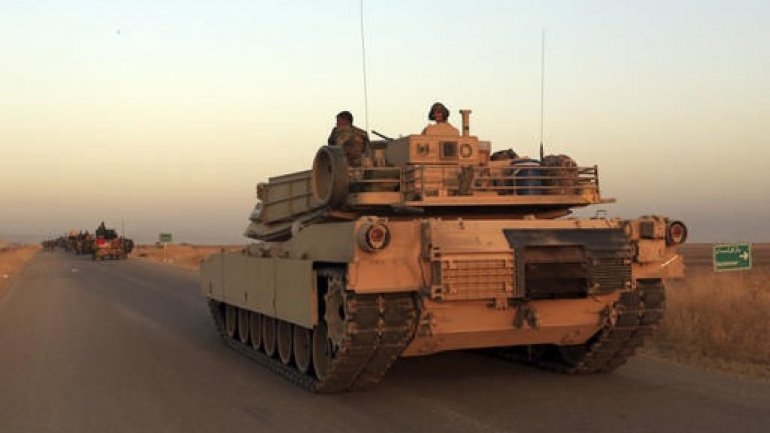 Dozens of militants targeted four police stations and Kurdish security offices, spreading themselves out through several residential neighborhoods. The clashes were ongoing in the southern part of the city as of Friday morning, security officials said.

A number of people were killed and wounded, but officials could not provide an exact figure.

Images broadcast on local television showed what appeared to be dead or injured fighters on the street. The attack comes as Iraqi and Kurdish forces battle ISIS militants in Iraq's second-largest city of Mosul.

Kirkuk is 175 kilometers southeast of Mosul.

Local authorities imposed a curfew in Kirkuk amid the attacks.

Kirkuk has been attacked before by ISIS militants. Previous attacks have been seen as attempts by ISIS to either capture the city or divert Kurdish troops from the fight in Mosul.

The city's significance stems from the fact its oil reserves are almost as much as those in southern Iraq.

Kirkuk is 378 kilometers north of Baghdad and has seen ISIS fighters pitted against the Peshmerga, Iraqi government troops and an international coalition.