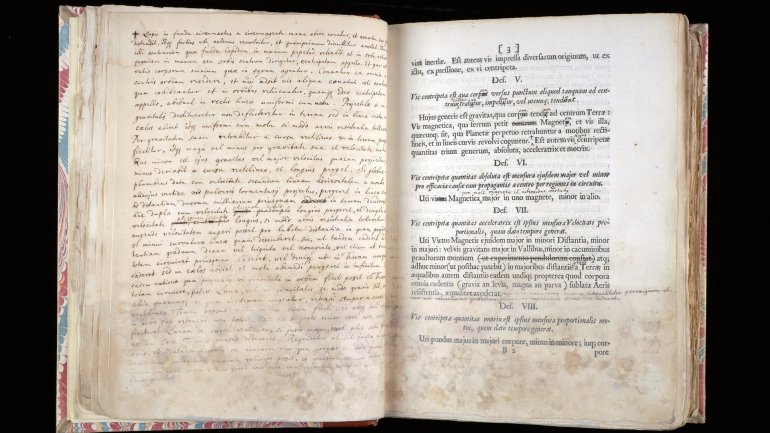 A first edition of Sir Isaac Newton’s Principia Mathematica has become the most expensive printed scientific book ever sold at auction after a winning bid of $3.7 million, the auction house Christie’s has announced.

The edition of Newton’s 1687 work, described by Albert Einstein as “perhaps the greatest intellectual stride that it has ever been granted to any man to make”, went for nearly two and a half times its highest estimate.

It was one of the lots in Wednesday night’s sale of fine books and manuscripts auctioned at Christie’s New York office which raised a total of £7.5m.

The continental edition, which was intended to be distributed on the European mainland by Samuel Smith, bears some differences from the British edition. Only about 80 such first editions were thought to have been published, with about 400 in total produced.

Edmund Halley, the astronomer after whom the comet was named, edited the work, having encouraged Newton to produce a single text setting out his ideas. Halley paid for the printing because the Royal Society had run out of funds.

The society retains two copies of the book, including the original manuscript on which the first print run in 1687 was based, which is described as its “greatest treasure”, informs The Guardian.