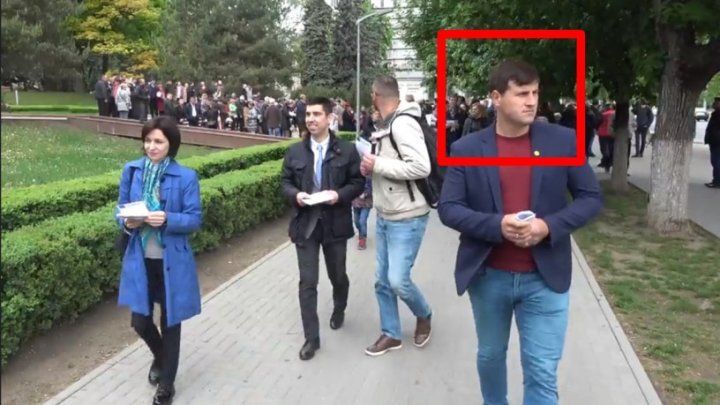 PAS leader Maia Sandu becomes cautious than ever. Seen at some events dedicated to Victory Day and Europe Day, Sandu was accompanied by a bodyguard who had been with Vlad Filat.

After countless malicious innuendo against the fact that some politicians hired bodyguards, she now applies the same security measure.

This was revealed by blogger Denis Rusu who said Sandu had been protected by bodyguard for years.

"Since the protests in 2015, she has been always with Filat's ex-bodyguard. This person might not be seen on television. Sandu also failed to report salary she paid this employee", wrote the blogger.

Rusu also wrote that Sandu who had declared to be unemployed, had money to pay this bodyguard.

"Where did she obtain money to pay this bodyguard?"

"Who would intimidate Sandu if she claimed to be honest always?"

"Where is Vasile Popa, the bodyguard of Filat?"

According to the press, Filat's ex-bodyguard Vasile Popa is protecting Sandu. Representative of PAS, however, said this person volunteered as a driver.