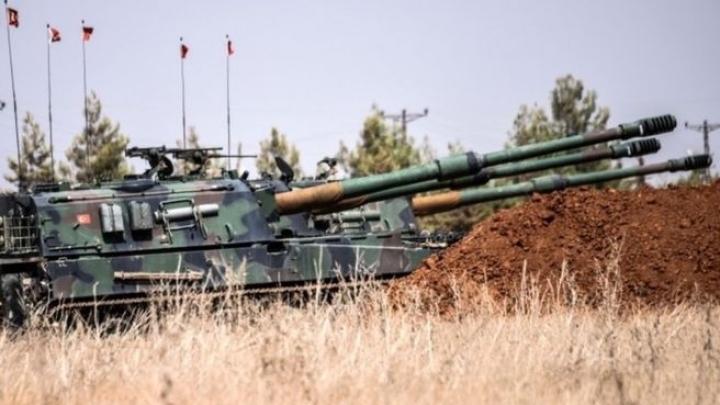 Turkey has sent more tanks into northern Syria, in an operation against the Islamic State (IS) group, Turkish media reports say.

The tanks crossed the border near the Turkish town of Kilis and journalists later heard firing and saw plumes of smoke rising on Syrian territory, BBC reports.

Civilians were seen fleeing as the Turkish military advanced.

The tanks were backed by artillery, which fired on IS positions in the area, Turkish media said.
The reports said about 20 tanks, five armoured personnel carriers and other armoured vehicles were involved in the assault.

The incursion took place about 55km (34 miles) south-west of Jarablus, where Turkey last week launched its first major incursion into Syria since the conflict started.

Syrian rebels backed by Turkey said the offensive aimed to put pressure on IS from both east and west in that area of the border zone.

The British-based Syrian Observatory for Human Rights said rebels had won control from IS of three villages in the area on Saturday, two nearer to Jarablus and one on the new front to the west.

The latest incursion comes three days after Turkey hit out at the United States over criticism of its role in the Syrian conflict.

Turkish forces have targeted IS inside Syria, but have also attacked Kurdish fighters in the same region.

Ankara says the Kurdish militia fighters in Syria have links with the Kurdistan Workers' Party , which is banned in Turkey and fighting Turkish forces in the south-east of the country.

In the latest incidents, at least 11 Turkish soldiers were killed in two separate clashes with the PKK - one in Van province on Friday and another in Hakkari province on Saturday.