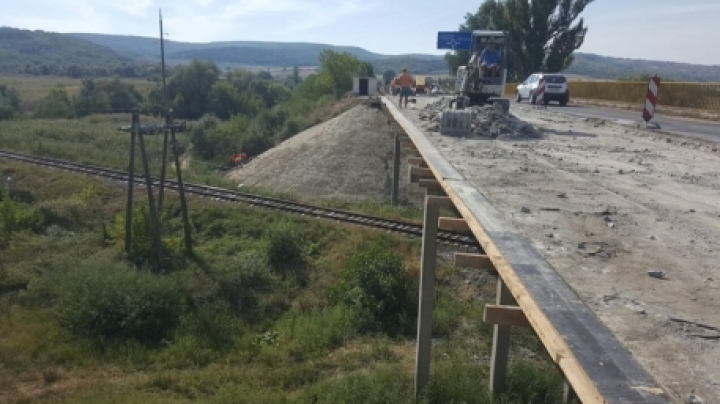 Chisinau-Ungheni route was meant to be ready by August 1st, but never did end.

The official met with site engineers, and executives in charge of the rehabilitation of roads.

During the meeting, Vitalie Rapcea pointed out all the shortcomings seen and asked them to remove them in two weeks. The official asked traders to mobilize as to finish the work until the beginning of cold season.

Remember that the rehabilitation works of the Chisinau-Ungheni route would be ready by August 1st, 2016.

Because there were framed within, the companies Evrascom and OHL ZS selected to repair the road will be penalized. Penalties will not lose any time if they do not remove the errors found today on the trail.

The fine is one thousand euros per day.

The traffic on Chisinau-Ungheni route will be opened on most roads sectors.

By the end, the average speed of traffic on this road will be 70 km/h.