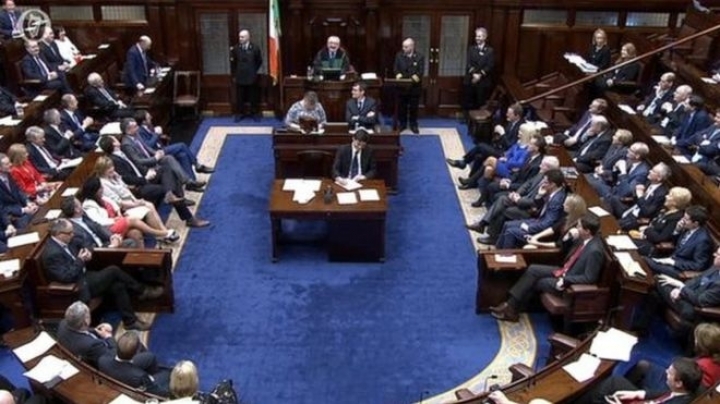 The Irish parliament has been recalled early to debate the European Commission's ruling that Ireland granted undue tax benefits of up to €13bn to Apple, BBC informs.

It follows the decision by the Irish government to appeal the ruling.

On Tuesday night, members were given a 16-page Department of Finance document on the background to the ruling.
The ruling itself is confidential.

Last week, the government said a motion would come before the Dáil (parliament) on Wednesday seeking an endorsement of its decision to appeal.

Previously, Apple chief executive Tim Cook said he was "very confident" the ruling would be overturned on appeal.
He called the European Commission's decision "maddening" and "political".

She said it was "a decision based on the facts of the case, looking into Apple Sales International, how they are arranged within Ireland, and the profits recorded there".