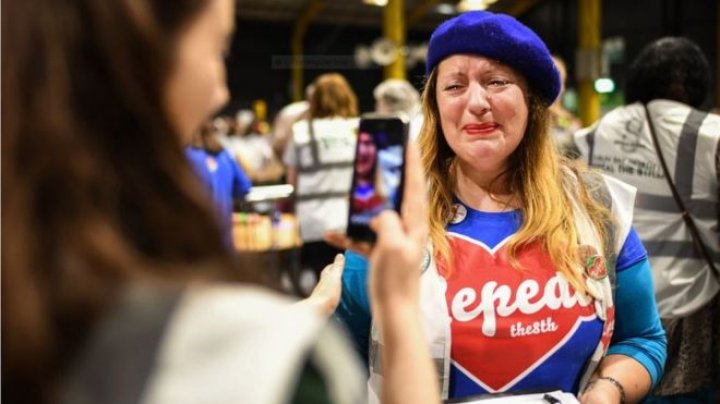 Counting has started in the Irish abortion referendum, hours after exit polls suggested a landslide vote in favour of liberalising the law, writes BBC.

Polls by The Irish Times and RTÉ suggested about 69% voted to repeal a part of the constitution that effectively bans terminations.

One of the main anti-abortion campaigns has already conceded defeat.

"The unborn child no longer has a right to life recognised by the Irish state," said John McGuirk, from Save the 8th.

Counting began at 09:00 local time and the result is expected by the evening.

Those taking part in Friday's referendum were asked whether they wanted to repeal or retain a part of the constitution known as the Eighth Amendment, which says an unborn child has the same right to life as a pregnant woman.

Mr McGuirk, communications director of the anti-abortion Save The 8th campaign, conceded defeat and said No campaigners were "deeply broken-hearted".

"Shortly, legislation will be introduced that will allow babies to be killed in our country," his statement said

However, he vowed that No campaigners would continue to protest, "if and when abortion clinics are opened in Ireland".

"Every time an unborn child has his or her life ended in Ireland, we will oppose that, and make our voices known," he added.

Earlier, Taoiseach (Prime Minister) Leo Varadkar, who supported the reforms, said it looked as if the country was about to "make history".

Broadcaster RTÉ's exit poll suggested 69.4% in favour of the Yes side and 30.6% for No. In Dublin, 79% of people voted for repeal, according to the RTÉ poll.

The now-controversial Eighth Amendment was introduced after a referendum in 1983.

Since 2013, terminations have only been allowed in Ireland when the life of the mother is at risk, including from suicide.

The maximum penalty for accessing an illegal abortion is 14 years in prison.

In 2017, the Citizens' Assembly, a body set up to advise the Irish government on constitutional change, voted to replace or amend the part of Ireland's Constitution which strictly limits the availability of abortion.

So the Irish people were asked if they wanted to remove the Eighth Amendment and allow politicians to set the country's abortion laws in the future.

The wording on the ballot paper was: "Provision may be made by law for the regulation of termination of pregnancies."

The ballot paper did not mention the Eighth Amendment or abortion, instead asking: "Do you approve of the proposal to amend the Constitution contained in the undermentioned Bill?"

If a majority has voted yes - as appears to be the case - then the Irish government's recommendation is that women will be able to access a termination within the first 12 weeks of their pregnancy.

However, beyond 12 weeks, abortions would only be permitted where there is a risk to a woman's life or of serious harm to the physical or mental health of a woman, up until the 24th week of pregnancy.

Terminations would also be permitted in cases of fatal foetal abnormality.