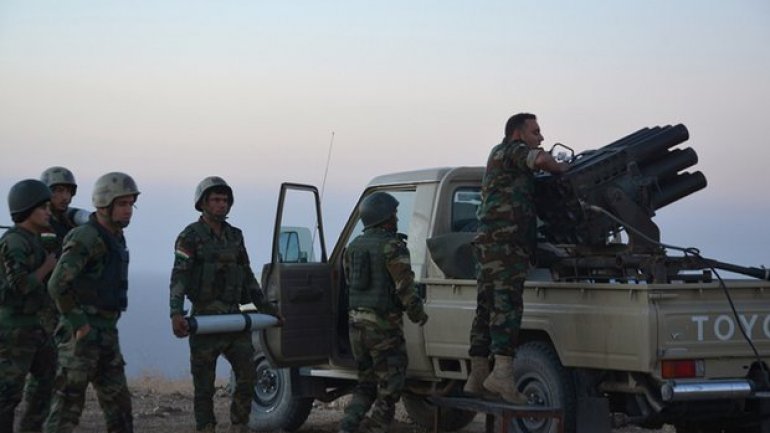 Iraqi security forces are ahead of schedule on day one of offensive to retake Mosul from the so-called "Islamic State," the Pentagon said. Iraqi forces and Kurdish peshmerga launched the offensive early Monday.

"Early indications are that Iraqi forces have met their objectives so far, and that they are ahead of schedule for this first day," Pentagon press secretary Peter Cook said, also warning that it was unknown how long the battle would last.

The Iraqi security forces and Kurdish peshmerga fighters, backed by US air and ground support, started the operation to retake Mosul from the "Islamic State" (IS), Prime Minister Haider al-Abadi announced early Monday on state television.

"The time of victory has come and operations to liberate Mosul have started," he said in an address broadcast by the Al Iraqiya channel. "Today I declare the start of these victorious operations to free you from the violence and terrorism of Daesh," he said, using an Arabic acronym for the terror group.

The White House said Iraqi forces have taken the leading role in this operation, with US troops in Iraq serving to train, advise and assist Iraqis. "With the symbolic importance that ISIL [IS] has invested in their control of Mosul, dislodging them from the city would be a significant strategic gain," said White House spokesman Josh Earnest.