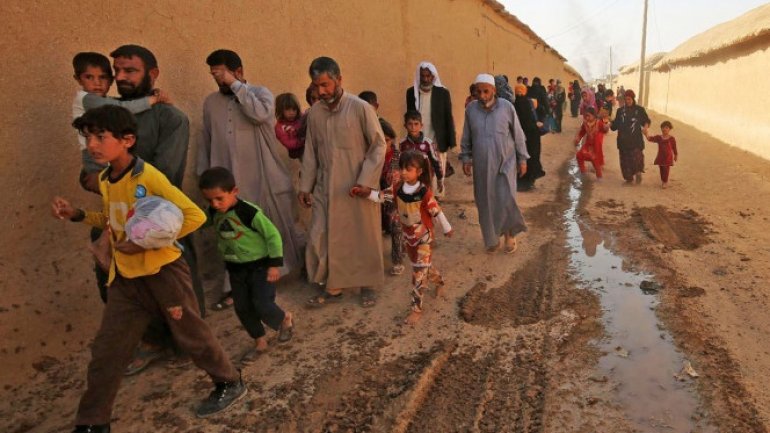 Iraqi civilians who escaped from the Islamic State group stronghold of Mosul said jihadists forced them from their villages and drove them "like sheep" to use as human shields.

Bashar huddled with his family on the back of an Iraqi security forces pick-up truck after finally fleeing an area of Mosul still held by IS.

As government forces earlier this month advanced on the city -- the last major population centre held by IS in Iraq -- the family was herded with residents from outlying villages into Mosul by the retreating jihadists as an insurance against the US-led coalition air strikes and Iraqi shelling.

Eventually they got lucky and managed to escape -- trekking homewards on foot before the small group he was with managed to attract the attention of interior ministry troops on the other side of the river Tigris.

The troops sent a boat for them and brought them across on a last leg that finally saw them get out of IS territory.

"We saw the security forces and started shouting to them so they came to us," Bashar told AFP, shivering in the chilly evening air.

"I swear we are going to die from cold."

What they left behind, he said, was an increasingly desperate situation for civilians in the bulk of the Mosul still controlled by IS as Iraqi forces battle fierce resistance while pushing slowly into the eastern part of the city.