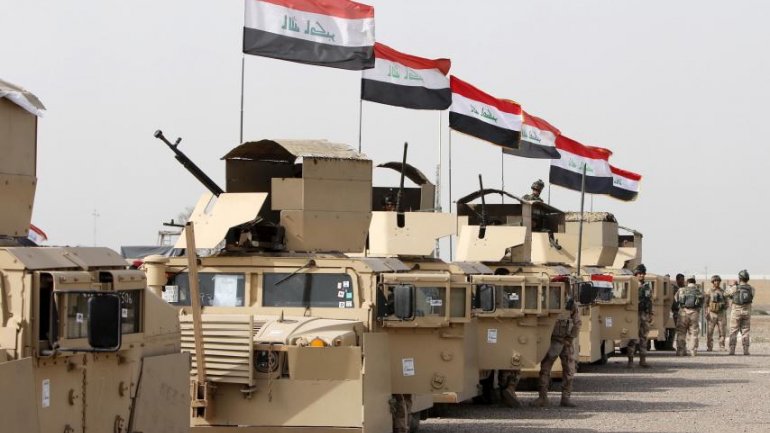 On the outskirts of Mosul, thousands of Iraqi-led forces have started to close in on the ISIS-controlled city. But entrenched ISIS forces, already bombarded from the ground and the air, are digging in for what could be group's final stand for its last major stronghold in the country.

In a televised statement Monday morning, Iraqi Prime Minister Haider al-Abadi said "the victory bell has rung" in the massive mission to retake the historic city and free more than 1 million residents from the "brutality and terrorism of ISIS."

If that happens, the Abadi government would claim a major victory after struggling to boost its credibility, prove its military prowess and end the terrorist group's territorial dominance in Iraq's oil-rich north.

Throughout the past year, the coalition has prepped for the major offensive against ISIS—one that started with targeted airstrikes by US-led coalition and Iraqi forces.

But for Mosul to be recaptured, not only must a diverse coalition of Iraqi, Kurdish and American forces defeat ISIS fighters, they must do so while following the lead of Iraqi forces. In a country filled with no shortage of factions, that's easier said than done.