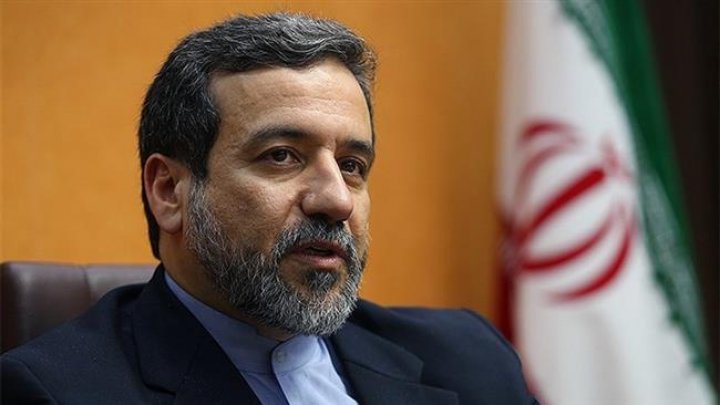 Iran's deputy foreign minister says the situation in its ally Syria is "very complicated" amid growing concern a wider regional war could erupt.

"Fear of war is everywhere in our region," Abbas Araqchi told the BBC.

It comes after Israel targeted Iranian sites in Syria earlier this month.

Mr Araqchi told the BBC's chief international correspondent Lyse Doucet in London that Iran's presence in Syria was not aimed at creating a new front against Israel, but to fight terrorism.

"Just imagine if we were not there. Now you would have Daesh the Islamic State group in Damascus, and maybe in Beirut and other places," the minister said.

He deplored the suffering in the Damascus suburb of Ghouta where Syrian bombing in the past few days has killed scores of civilians.

Mr Araqchi added that Iran-backed militia such as Lebanon's Hezbollah - which has also fought in Syria on the side of the Syrian government - existed to confront Israel.

Mr Araqchi also refused to confirm that Iran had sent a drone into Israeli airspace from Syria earlier this month. He said the drone belonged to the Syrian army.

An Israeli warplane targeting Iranian sites in retaliation was shot down by Syrian air defences.

This week Israeli Prime Minister Benjamin Netanyahu brandished what he said was part of the drone at a security conference in Munich and said Iran was the "greatest threat to our world".

But Mr Araqchi said Israel was flying drones over Syria and other neighbouring countries.

"They shouldn't be angry when they are faced with something that they are doing against others on a daily basis," he said.