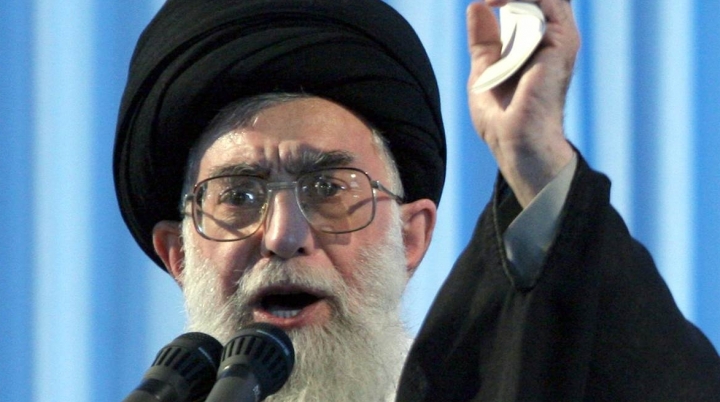 "Saudi rulers... who have blocked the proud and faithful Iranian pilgrims' path to the Beloved’s House, are disgraced and misguided people who think their survival on the throne of oppression is dependent on defending the arrogant powers of the world, on alliances with Zionism and the US," Khamenei said.

He accused Saudi Arabia's ruling family, who are the custodians of Islam's holiest sites in Mecca and Medina, of politicising the annual hajj pilgrimage, due to start at the end of the week, turning themselves into "small and puny Satans who tremble for fear of jeopardising the interests of the Great Satan (the United States)".

For the first time in almost three decades, Iranians have been effectively barred from participating in this year's pilgrimage to Mecca after talks on logistics and security fell apart.

But even by recent standards, with relations between the rival Middle Eastern powers at an all-time low, the language was tough.

"Because of Saudi rulers' oppressive behaviour towards God's guests, the world of Islam must fundamentally reconsider the management of the two holy places and the issue of hajj," Khamenei wrote in a statement on his website.

He reserved some of his harshest words for Riyadh's response to a deadly stampede during last year's hajj that killed some 2,300 foreign pilgrims, including an estimated 464 Iranians, read more on AFP.