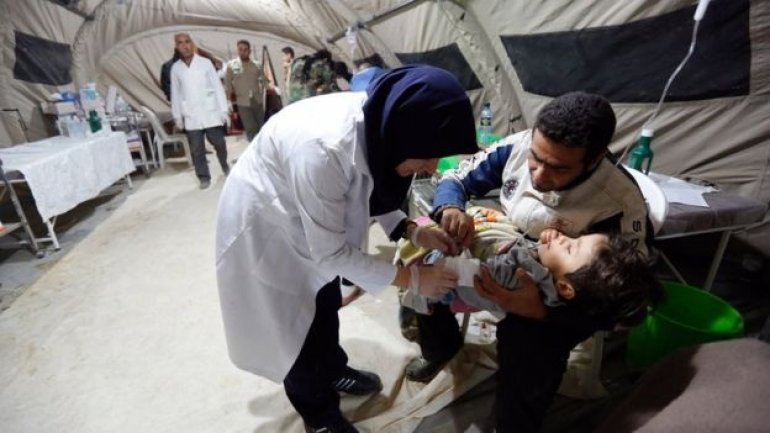 Thousands of Iranians have spent a second night outdoors in bitterly cold temperatures after a devastating earthquake hit the west of the country.

The government is scrambling to get aid to the worst-hit area in the mountainous province of Kermanshah, where hundreds of homes were destroyed.

More than 430 people were killed and about 7,000 injured when the quake hit near the Iran-Iraq border on Sunday.

Iran has declared Tuesday a national day of mourning.

President Hassan Rouhani is due to visit the region but international media organisations are not being allowed to visit the quake-hit areas.

Iranian state news agency Irna said 430 people had died in the country. In the more sparsely populated areas across the border in Iraq, nine people died and several hundred were injured.

Mansoureh Bagheri, an Iran-based official with the Red Crescent Society, told the BBC about 12,000 residential buildings had "totally collapsed". She said now that rescue operations had ended, the priority was getting people into shelters as quickly as possible.

One aid agency said 70,000 people needed shelter and the UN said it was "ready to assist if required".

The Iranian Red Crescent said many areas lacked water and electricity and that aid supplies were being hampered by blocked roads. Iranian army helicopters were taking part in the relief effort.

About 30 Red Crescent teams are working in the earthquake zone, the official Irna news agency reported.

The 7.3-magnitude quake - the deadliest in the world this year - struck at 21:18 local time (18:18 GMT) about 30km (19 miles) south of Darbandikhan, near the north-eastern border with Iran, the US Geological Survey (USGS) said.

Tremors were felt as far away as Turkey, Israel and Kuwait.