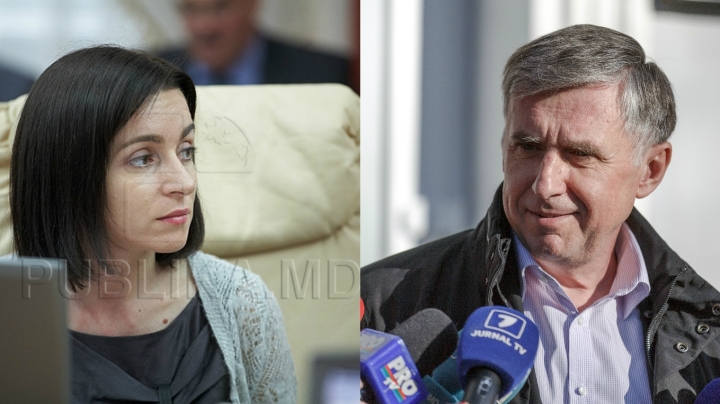 A new argument between the former prime minister Ion Sturza and the nominee of Action and Solidarity Party, Maia Sandu. Sturza wrote on a social network that Maia Sandu has no change at the presidential elections if she does not get under the wing of Andrei Nastase, the leader of Dignity and Truth Party of fugitives Topa.

As a response, Maia Sandu made fun of the former minister, declaring that he promotes the gossips of the socialist Igor Dodon.

Ion Sturza has criticized the decision of Maia Sandu to launch separately in the presidential elections. He recommended her to get under the wing of Andrei Nastase.

If not, the Moldovans will forget until the end of 2016 both Sandu and Nastase, declares the former prime minister.

He also advised the leader of Action and Solidarity Party to leave the frustrations and to not victimize.

In her turn, Maia Sandu made fun of the message of Sturza, calling him “know-it-all” and “prophet”.

Moreover, Maia Sandu hinted that Ion Sturza is also a part of the political class, which is named as “foolishness” without morals by her.

At the same time, the leader of Action and Solidarity Party continues to lie. In the same post on a social network she writes that she refused to be prime minister, when the situation was totally opposed.

After being proposed for this position by the Liberal-Democratic Party and started negotiations, Maia Sandu did not manage to become prime minister, because she did not have the support of the governing coalition.

It is not the first time they are arguing on the social networks. Previously, Sturza chided Sandu for the request that the IMF should not sign a new financing agreement with Moldovan Government.