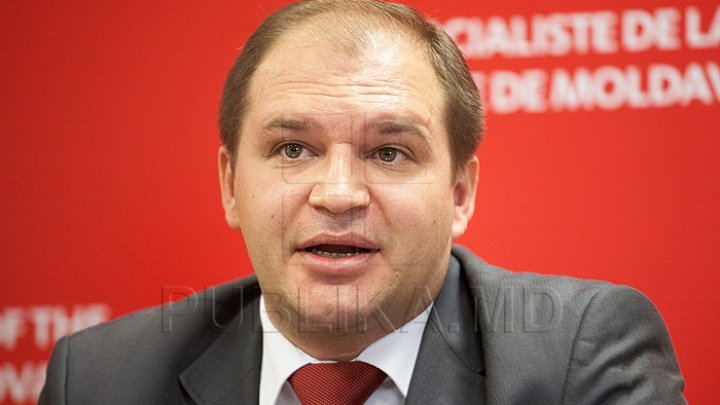 The Socialist Deputy President of the Parliament Ion Ceban, unjustifiably attributes his merits to a decoration installed in the center of the Capital, even though he did not withdraw any money from his personal pocket.

It happens in the election campaign for local elections, where the Socialist candidate for the head of the capital. Recently, Ion Ceban organized an electoral event near the panel 'I Love Chisinau', from the square of the National Opera and Ballet Theater 'Maria Bieșu', and assumed the merits for the installation that took place the night before the eve of his party action.

This, in the context in which the Housing-Communal Direction and Planning of the City Hall announced that the project was realized from the money of the municipal budget. Subsequently, the Liberal Party and the 'Our Party' formation accused Ion Ceban of using administrative resources for electoral purposes.

For his part, the Socialist reacted quietly and wrote on his Facebook page that he was glad he had installed the set despite the critics. Promo-Lex claimed that PSRM is a leader in electoral misconduct. In their latest report, the association published data that out of 40 detected violations, 25 were attributed to socialists.
AFLĂ imediat Știrile Publika.MD. Intră pe Telegram