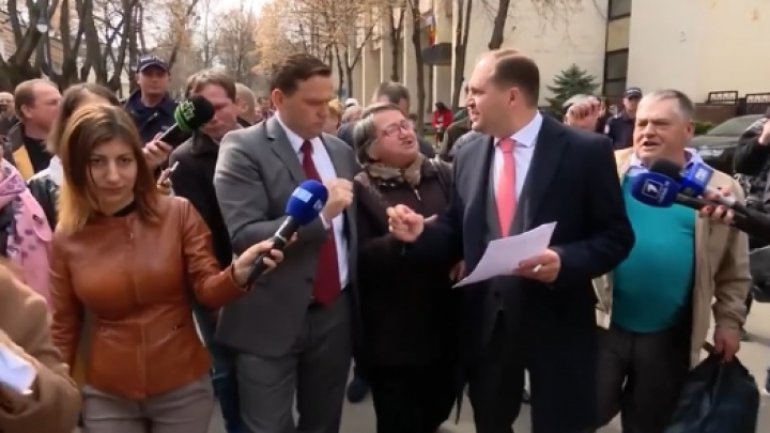 Members of the DA Party (PPDA) headed by their leader Andrei Năstase have asked the President to trigger a referendum on May 28 aiming at canceling the law turning debts of failed banks into a public debt.

The protesters went to the President’s state residence to hand Igor Dodon the draft decree.

Although waiting for a response from the head of state, Andrei Năstase and his followers started running when Igor Dodon’s spokesman got out to them.

The presidential aide says the plebiscite may be held no sooner than five months.