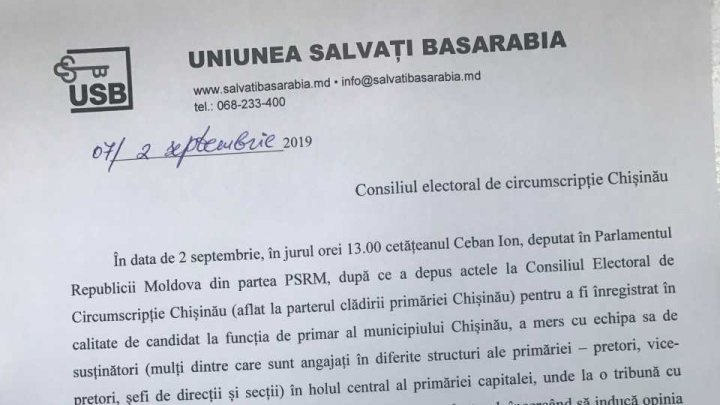 In the complaint, USB asks the CEC to bring contravention liability to Ion Ceban and PSRM.

"On September 2, at around 13:00, Ceban Ion, deputy in the Parliament of the Republic of Moldova from the PSRM went with his teams of supporters (many of them are working in Chisinau City Hall) to Chisinau City Hall's main hall. They made electoral statements to induce public opinion that PSRM and Ion Ceban already master Chisinau City Hall. Ion Ceban filed documents to register as candidate for Chisinau Mayor.

We also request to warn the current leaders of Chisinau City Hall on two issues:

- The disciplinary admonition of the Chisinau City Hall officials who participated in an electoral meeting of the PSRM instead of working.

- Combining such actions, with electoral character with the illegal use of administrative resources, actions that distort the will voters in Chisinau ", quoted the USB message. 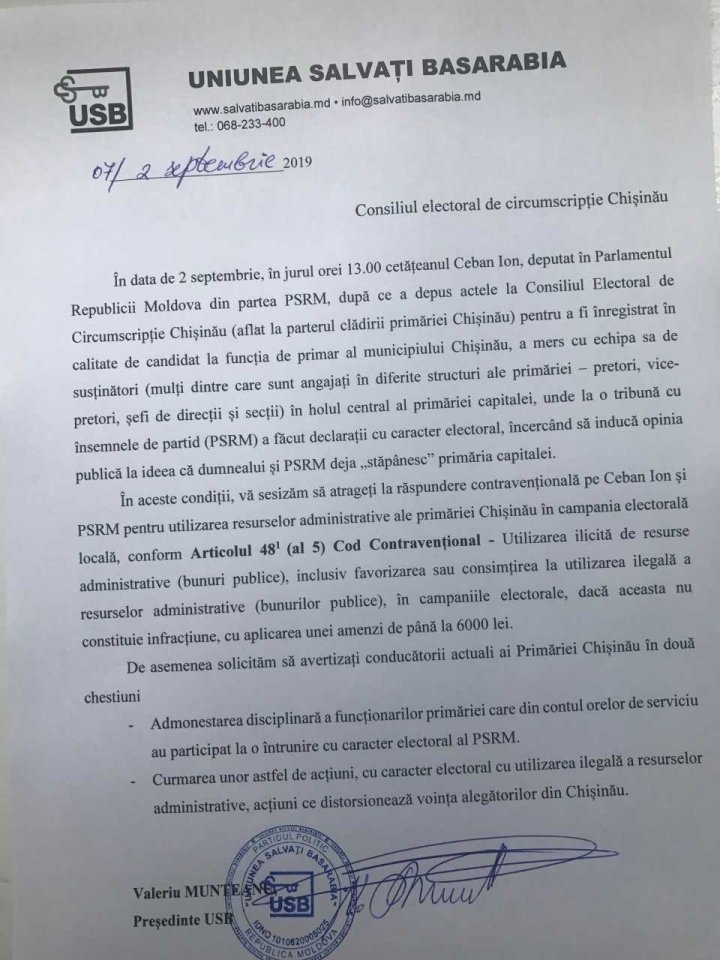