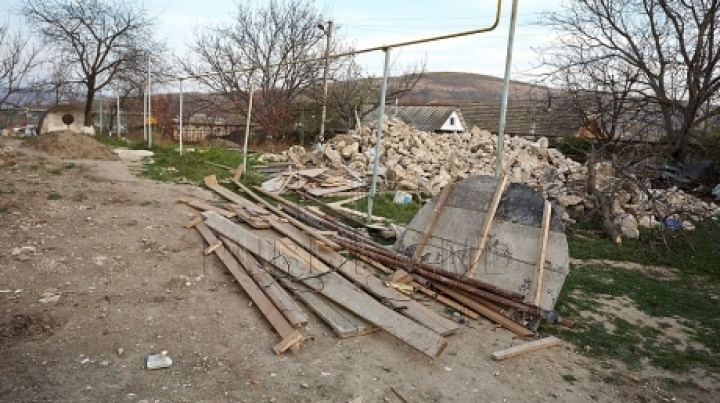 Poorly developed infrastructure, the lack of investment, lack of jobs and ageing population. This is the depressing picture of villages in Moldova. However, the situation is improving in some places.

For example, 2,000 villagers Petrunea village, Glodeni district benefit from modern medical services and water taps. The village will be built and a sewage system and a gas network.

Last year, a family medical center was opened in the village. The situation shall ensure good working conditions. Salaries are the only problem still.

"The amount of work for nurses is much higher. We are overloaded. We are remunerated as clinic nurces" said nurse Valentina Camerzan.

And the kindergarten is waiting for investment. The institution, which is attended by 90 children, needs 30,000 euros to install a biomass heating system.

"We expect mayor promises, to have a project that will bring us a heating stove to an end and we'll enjoy total heating in kindergarten" said teacher, Elizaveta Usatîi.

Farmers have requirement too. They complain that one of their major problems are intermediaries, that take the bread from the mouth.

"I promised that I would return to that law, the law day laborers and law seasonal works. I had discussions with Mr. Calmic and Mrs. Grigoraş to return to this law. Regarding intermediaries. The Moldovan product does not pass through many hands in a way, but needs to be competitive and affordable" , said DPM deputy, Valentina Buliga.

Local government is preparing several projects for the development of the village. For them, however, it needs financial support.

"The village is supplied with drinking water 24 hours out of 24, but we have no sewerage in the village. The gas pipeline is a kilometer and a half far away and we want to gasify the village. Roads are also another problem" , said Petrunea village mayor, Iurie Nastas.

And authorities in the Danu village, Glodeni district, implementing several projects for the children development.

Although deputies are on vacation, Democratic Party members carry several visits to the country to know people's problems.