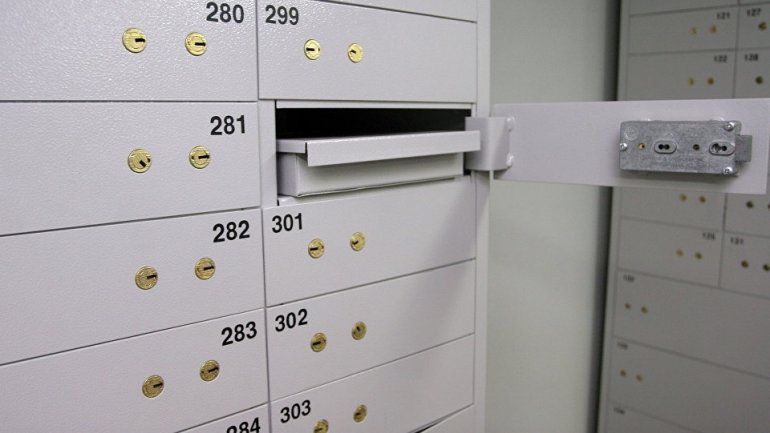 Investigators have found a new deposit full of money that belongs to a chief of the DIF, which was been announced in search in a case of bribe of 50,000 euros, according Deschide.md. The safe had inside a sum of 70,000 euros, and receipts on behalf of third parties managing the official money.

The Head of the DIF is Vladislav Corcodel, the one who is knows women who illegally sell gold in the street, but also vice director of SIS, Ruslan Munteanu (brother of Environment Minister, Valeriu Munteanu).

The Deschide.md sources close to the investigation say that the officials will search other banks in order to identify other money of Vladislav Corcodel.

According to another information of Deschide.md reporters, Vladislav Corcodel managed to resign from his position of DIF, even if he was announced in international search. There is a resounable suspicion that the signature on the application is not his.

"The demand for resignation was submitted by a third person. Visually, there are cues that the signature would be forced. If it turns out that the signature is fake, a criminal case will be opened." , told the press officer of PGI, Natalia Bucur-Bandas.

During searches at the residence of a Vitalie Corcodel, another application for a third person to hold another 50,000 euros in Victoriabank. The information was subsequently confirmed and searches were conducted in the banking institution.

PUBLIKA.MD recalls that a criminal investigation was opened on the officer of the Customs Service, an officer of the Investigation of Fraud Directorate and a Inspectorate General of Police, being prosecuted for passive corruption.

According to the Anti-Corruption Prosecutor, he has extorted 50,000 euros from a company to cover up a smuggling case.

Vladislav Corcodel is evading criminal prosecution. Several reminders have already been issued on his name his name to all institutions of public.

On Sunday, the homes of the three suspects have been searched in order to obtain evidence in the case.

That criminal case is being investigated by the Anticorruption Prosecutor's Office, which performs other criminal prosecution.