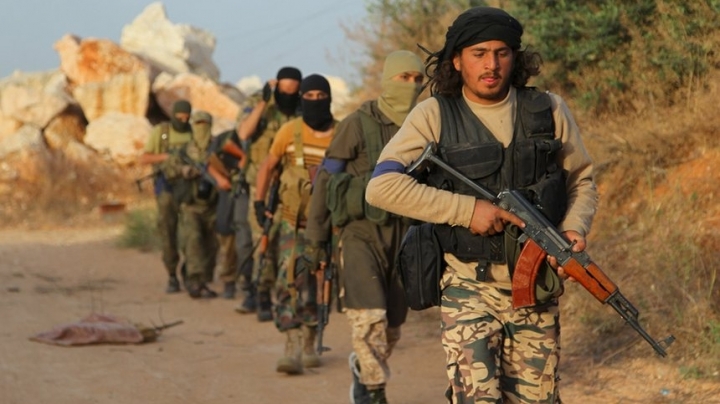 Eastern European countries have approved the discreet sale of more than €1bn of weapons in the past four years to Middle Eastern countries that are known to ship arms to Syria, an investigation has found, reports The Guardian.

Thousands of assault rifles such as AK-47s, mortar shells, rocket launchers, anti-tank weapons and heavy machine guns are being routed through a new arms pipeline from the Balkans to the Arabian peninsula and countries bordering Syria.

The suspicion is that much of the weaponry is being sent into Syria, fuelling the five-year civil war, according to a team of reporters from the Balkan Investigative Reporting Network (BIRN) and the Organised Crime and Corruption Reporting Project (OCCRP).

Since the escalation of the Syrian conflict in 2012, the eight countries have approved €1.2bn (£1bn) of weapons and ammunition exports to Saudi Arabia, Jordan, the United Arab Emirates and Turkey – key arms markets for Syria and Yemen.

In the past, the region had virtually no track record of buying from central and eastern Europe. But purchases appear to be escalating, with some of the biggest deals approved in 2015.

Arms export licences were granted despite fears from experts and within governments that the weapons could end up with the Syrian armed opposition, arguably in breach of national, EU and other international agreements.

Eastern and central European weapons and ammunition, identified from videos and photos posted on social media, are now being used by western-backed Free Syrian Army units, but are also in the hands of fighters from Islamist groups such as Ansar al-Sham, the al Qaeda-affiliated Jabhat al-Nusra, Islamic State, factions fighting for the Syrian president, Bashar-al-Assad, and by Sunni forces in Yemen.

Markings on some of the ammunition identifying the origin and date of manufacture reveal significant quantities have come off production lines as recently as 2015.