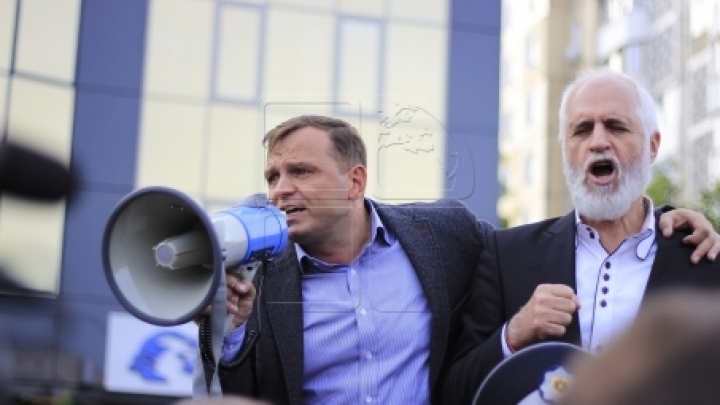 Andrei Năstase’s mother, who says she saves money from her pension for a surgical intervention, lent Victor Țopa’s company Euroleasing about 1,5 million lei ($75.000).

Recently, the elderly woman got her money back. The disclosure has been made in a new edition of the program ‘Comisarul’, posted on moldova24.info.

In the investigation, the journalist Gabriel Călin unveils the money laundering schemes of the convict Victor Țopa and the role of Andrei Năstase in all this scenario, as Nastase is Țopa’s wedding godson.

Dignity and Truth Party leader Andrei Năstase recognizes he transferred the millions to the accounts of his mother and mother-in-law. But his mother was surprised to learn that: "My God. Who told you this lie? Tell my son that’s not true, he transferred me nothing."

"I earned my money in Moldova and abroad, I brought it home. A part of them I used to buy a plot and build a house. I put a part of it on my mother’s account, another part – nearly the same amount – on my mother-in-law’s account", Nastase explains.

Yet, according to the journalistic investigation they money has a dubious origin.

"That money actually was laundered and came from the civil aviation, the raiding on BEM (bust bank) and ASITO (insurance company). From offshore companies, the money was transferred to the accounts of Andrei’s mother and mother-in-law. Later it was transferred to Euroleasing and then back to his mother. As Andrew did nothing but the good and old trick of washing the money to transform them into cash," says the journalist.

The investigation also finds that Andrei Năstase is gradually losing the citizens’ trust and the leader of the Dignity and Truth (DA) Party should be criminally investigated.

"The myth of Năstase the honest is waning. Once the people’s leader, now the people start to perceive him as a liar and they are right. Or, the former faculty colleague of Filat is but a loyal executor of his godfather Victor Țopa. An executor that needs be investigated – as he likes to say it – by a fair, uncaptured justice," the report concludes.