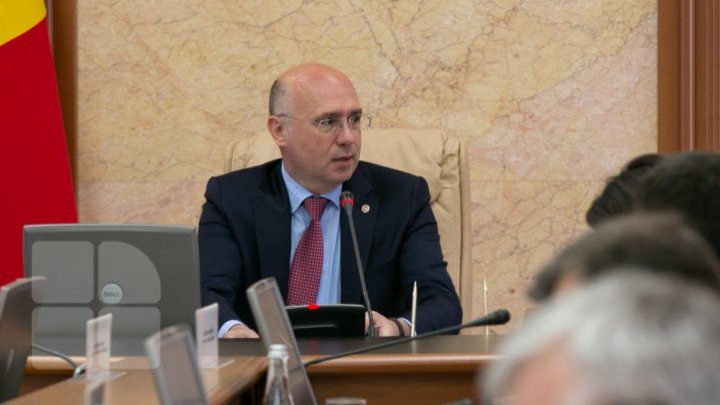 Interview with Pavel Filip, Prime Minister of the Republic of Moldova - Political Almanah 2018, published by TRIBUNA.MD

What were the biggest challenges that the Moldovan Government faced in 2018?

To meet the expectations of citizens was the main challenge for me as well as for the government I led, we must make better life for people, right now and right here, not tomorrow or near future. People, certainly want to better future, they want to have decent standard of living now. Our people are fed up with promises and pep talks: they butter up you today that tomorrow will be better. In brief, we try to take people wisdom into account: Help person when he needs so that he can manage himself afterwards.

I often hear voices saying: Let's do like them, let's implement exactly as it was in this country. This practice seems quite superficial and even populist to me. I don't "copy-paste" initiatives which work well in other countries without analyzing impact and opportunities, analyzing social-political situation, economy, moral-spiritual ways, without considering which degrees these reforms would meet the needs of our citizens.

I have a good managerial experience, I have led some of the biggest businesses in the country, and I know exactly that you can make the most unusual products, but you won't succeed if they fail to meet the needs of consumers.

People only say they are not offered what they asked for, very few of them would say you created something special and unusual.

This does not mean we don't have to think what we do today and tomorrow. It doesn't mean that Government's reforms and actions are designed in the short term. It's simple, it first solves the current problems, then you can and you know know to build the future.

In your opinion, which were the three biggest achievements of the Government in 2018?

The government team, which I'm honored to lead, has conscientiously done works. I don't say which project is better than others. The achievement of our team is we managed to maintain economic growth, we managed to gain trusts of businesses, importantly, we managed to give people hope that things start moving correctly.

In instance, pension reform helped over 300,000 people believe that their works are recognized and finally, they exercise their rights. The pensions are realization of their contribution in the past.

What mistakes were made in 2018 in Government from your point of view?

I see every mistake as a start for a new beginning: I carefully analyze what I have done, detect the error and continue the project with new forces. It's also an engineering discipline, I'm actually an engineer. In order to create and make a mechanism work well, engineers make thousands of steps, make mistakes, come back, correct and move on, and finally present a functional product. Make mistakes and know how to correct is not necessarily a bad thing.

To what extent has the Government improved its efficiency after the January and September reshuffles?

I will invite you to an imaginative exercise to answer this question. Let's imagine two yards: one to build a small house with a staircase and four floors; another to build a new urban neighborhood, consisting of several blocks of 10 and 16 floors.

In the first case, only one person is in charge of procurement, logistics and other organizational actions; in the latter case, a large department with several subdivisions and employees is involved.

Both projects were profitable, but at a certain point, the smaller project managers decided that their business should correspond to the organizational structure of a very large company, and the result was predictable: many bosses all wanted to create the impression that they were working hard, and in reality things moved slowly. It end up to uncertainty. Expenditure was too high for a relatively small structure.

What I want to suggest and not a secret, we still have domains with a rather bureaucratic bureaucracy. We need to realize that more managers and employees do not mean more efficiency. We are a small state, we can not claim to have administrative structures similar to a large country with a giant economy.

I hope we can answer your questions now.

What has been changed practically in Government's activity after the weekly visits to the territory?

Very much. First of all, we have the possibility to find out the needs of people, business and local administration as well as barriers which prevent them from implementing some projects.

Thus, the Government knows exactly where to intervene urgently and where better planning of activities is needed. Every time I have the opportunity, I urge my colleagues to leave the offices and go listen to people directly. Discussions with people are more fruitful than nay document. Moreover, we're able to connect Government's work to meet the expectations of citizens, this is very important.

What reforms should the Government continue to focus on?

First, I remain to think education is the mother of success and failure if it's neglected. If we long to modernize our state, economy, firstly, we must modernize educational system. In order to better understand the importance of educational reforms, I will quote a proverb: Learning is like rowing upstream, not to advance is to drop back

Secondly, someone said that infrastructure is the locomotive system of an economy, it moves the economy forward. That is why I believe that the reconstruction, modernization and launch of new infrastructure projects - road, energy, communications - must be a priority for all the future governments.

Thirdly, as I said earlier in this interview, bureaucracy can kill many good initiatives. Therefore, the public administration reform, the efficiency of its work, must remain on the agenda of the Government.

How do you think the year 2019 will be for Moldova?

It will be a good year. I can argue why it will be so. No matter what government will be installed after the election, the 2019 economic year is destined to be a good one. Economic bases have already been put in place by the current Government, the main projects are budgeted and are underway: Good Roads, Agriculture subsidies, First Home, funding for regional development, ambulance procurement, tax reform, wage reform and pension reform.

Business has predictability of economic developments. Recently, I was talking to a counselor who asked me a question, and he also replied, "Do you know what is the biggest achievement of the Government of Filip, besides overcoming the economic crisis, stabilizing the banking sector and the economy? It is that, in 2018, the government gave the start of a new economic growth cycle. "

And here I complete, we started the engines and brought them up to a speed that will allow movement before and in the coming years. There must be something exceptional internally or externally that things should change radically and suddenly, and the direction be reversed from ascending to falling. For the time being, there are no exceptional situations.

What future plans do you have?