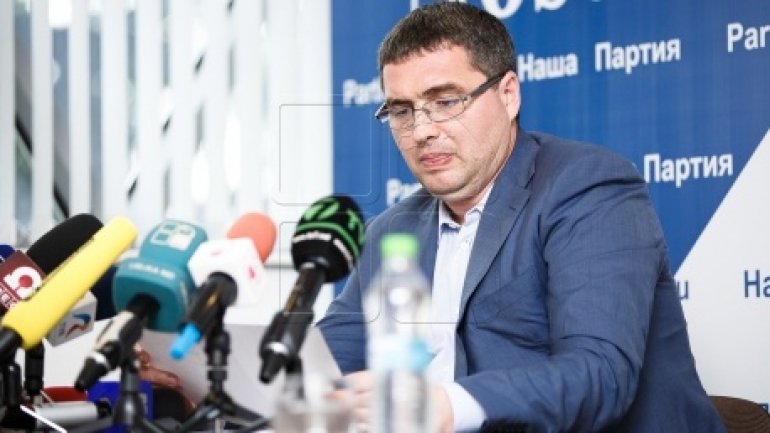 The leader of Partidul Nostru party, Renato Usatîi, has reconfirmed his nickname ‘Balabol’, the Russian for an ‘inconsistent person.’

The Interpol’s Moldovan Bureau and the Police have refuted the allegation voiced by fugitive Bălți mayor that the Interpol central office canceled his status of wanted internationally.

Local Interpol bureau chief Viorel Țentiu has told Publika TV that it is impossible that Renato Usatîi knew a decision, not known by the Chișinău bureau.

Publika TV has received the same confirmation from Police General Inspectorate chief Alexandru Pânzari, who says the Chişinău authorities cooperate with international bodies to hold up and extradite Usatîi.

Earlier a Chisinau court issued a 30-day arrest warrant on the Bălţi mayor in a probe on the murder attempt of the Russian banker German Gorbuntsov.

Now, the Partidul Nostru leader is most probably in Moscow. He left Moldova about two months ago.