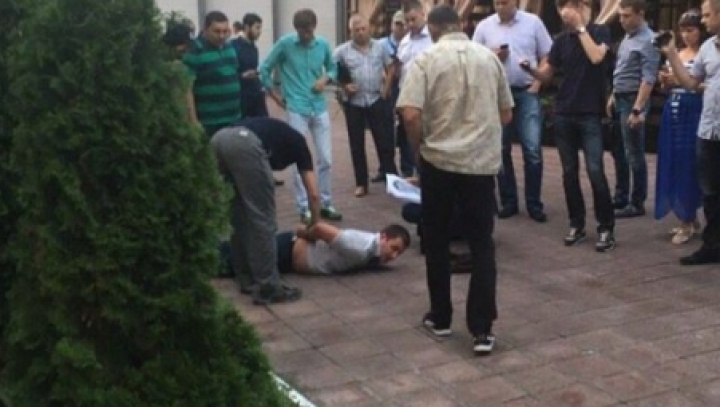 The businessman Veaceslav Platon was held up on Monday evening by the Ukrainian special services. The Kyiv prosecutor’s office announces it on its Facebook page without disguising the name of the detained person. However Deschide.MD’s sources confirm it’s Platon, as a picture of his would-be detention is spread over social media.

The head of the Moldovan police, Alexandru Pînzari, has confirmed the information for PUBLIKA TV.

According to the Ukrainian prosecutors, the suspect was detained to be arrested and extradited to the Chișinău authorities. “The person is checked up by the Ukrainian authorities as to his possible involvement in commiting crimes on the Ukrainian territory."

Veaceslav Platon was announced as internationally wanted yesterday, as a 30-day arrest warrant was issued on his name. And that was after Moldovan prosecutors searched and lifted documents from banks, firms and private houses. The actions are part of the investigation related to the bank fraud. The file is related to another file related to laundering $20 billion through a Moldovan bank.

Platon stated yesterday for Unimedia (news portal) that everything happening to him is part of a political file allegedly set up 2 years ago. “The ones having stolen the billion try to shift accents from the genuine beneficiary of the theft, who is Vlad Plahotniuc. I have proofs, but, unfortunately, against my will, I have been caught in this scheme," he said.

PUBLIKA.MD reminder: Lots of media published numerous articles about Russian laundering scheme, wherein over 20 judges from 15 Moldovan courts were involved. They had the mission to legalize the money, by pronouncing orders on taking inexistent debts in amount of about $20 billion, following requests from offshore firms.

An investigation unfolded by “Organized Crime and Corruption Reporting Project" (OCCR) demonstrates the links of several judges with Veaceslav Platon, a businessman involved in different obscure financial schemes, whose father is the manager of Moldindcombank’s office in the southeastern town of Căușeni.