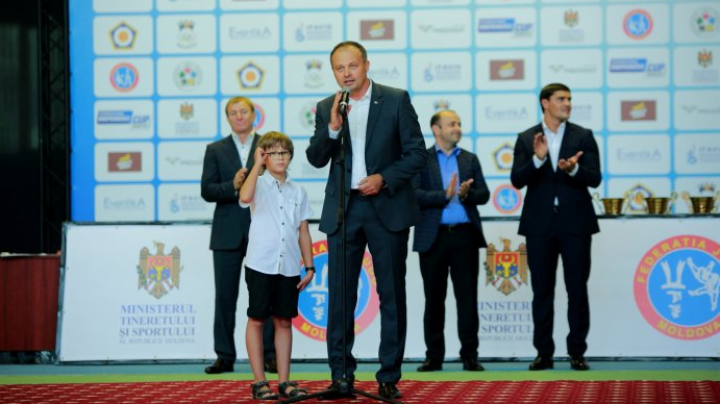 "Moldova has had remarkable success in judo. Even at the recent Olympic Games, a Moldovan won a bronze medal, it is true that not for Moldova. My son, even if he is small, is interested in the sports and wanted to be present today to see that only through work and dedication one can achieve success," said Adrian Candu.

At his part, the Minister of Youth and Sports, Victor Zubcu said that the event aims to strengthen the potential of Moldova in judo, develop that area, for our country to have as many champions in judo.

Andrian Candu, with his son Daniel, watched the competition from the stands and, finally, handed diplomas and medals to the winners.

The International judo tournament "Independence Cup" is at its first edition, organized by the Ministry of Youth and Sports and the Judo Federation of Moldova, to celebrate the 25th Independence of the Republic of Moldova.