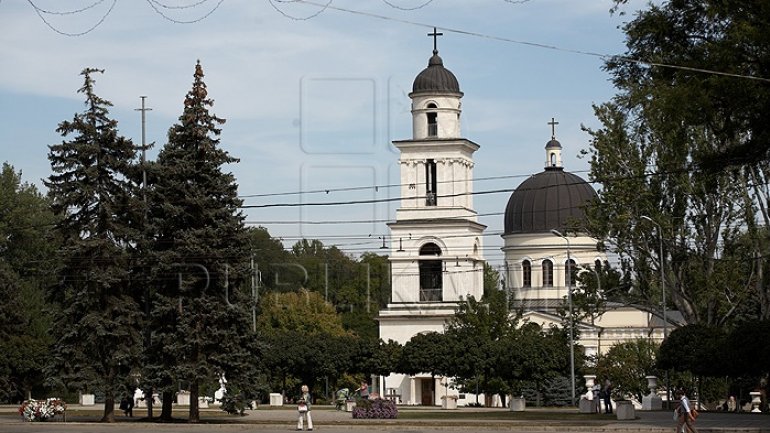 Chisinau has all the possibilities to get the title of the European capital of culture, said Clementine Dobef, consultant and researcher of the KEA European Affairs international consulting agency in culture to Infotag.

According to her, innovative projects of young designers and architects of Chisinau, as well as the city’s musical potential may in future prompt the European Union to elect Chisinau as center of the continent’s cultural life for one year.

“I observe Chisinau life in the field of its cultural heritage, which may be used for creating the so-called creative city. Innovative projects I had a chance to see or those, which are in the process of development, are worthy to be admired not only by local residents, but also by guests”, Dobef said.

She maintains that Moldovan designers, cultural and art activists have potential. Moreover, some of projects, developed in Chisinau, were declared as unique in Europe.

Dobef said that for an active development of the city, Moldovan designer has to closely cooperate with local and central authorities.

“Let us take as example the Belgium city of Mons, which has become European cultural capital in 2015. For this purpose, authorities of the country’s French region allocated about 700 million euros. While revenues at the expense in number of tourists accounted for 850 million euros”, Dobef said.

According to head of Chisinau Department for Culture Lucia Culev, Chisinau stands out from among many European cities due to musical projects and ensembles. There are five symphonic orchestras in the capital city, which puts Chisinau on the first place in Europe.

“The problem is lack of finance. Artists are ready to organize festivals and concerts. Sometimes, we are asked to allocate money for conducting of events. But the municipality does not have it; neither it has a reserve fund for supporting cultural projects. In the end, artists are going away, while the art remains at a low level”, Culev said.

European experts insist that the cultural development on the continent has long been conducted at the expense of money, allocated not by government agencies, but by private persons. According to co-founder and managing director of the Slovenian center for creative development “Poligon” Luka Piskoric, the money is collected at the expense of crowdfunding online platforms - Kickstarter, GoFundMe, Indiegogo and others. The artist’s goal is to prove that his project represents an artistic potential not only for local population, but for the entire Europe.

“Also, it is good to use mass media, to resort to advertisement in blogs for this purpose”, Piskoric said.

Annually, two cultural capitals are selected on the European continent. Cities become center of Europe’s cultural life. This year, the Spanish San-Sebastian and the Polish Vroclav have been selected as cultural capitals. In 2017 – Aarhus in Denmark and Paphos in Cyprus. The first cultural capital was Greek capital city Athens in 1985.