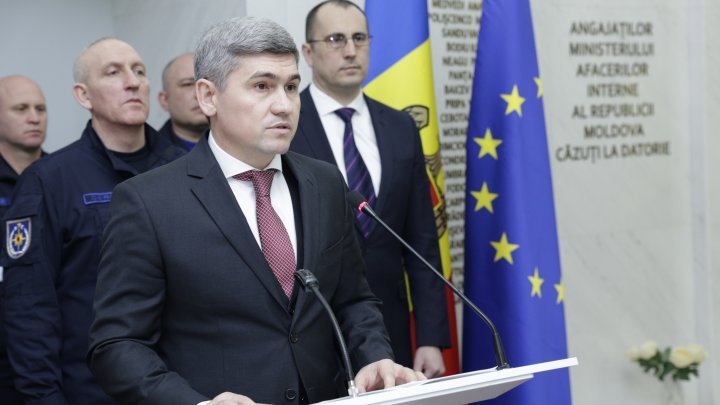 Intern Minister Alexandru Jizdan declared today in a brief pressing the National Campaign A Protected House - A life Saved which aims to prevent fire incidents in the housings.

"Unfortunately, hundreds of Moldovans lost their lives in fire incidents because of non-compliance with anti-incendiary rules, etc. We will actively involve with concrete solutions to prevent these tragedies", said the minister at the event.

An analysis of the cause of fire was presented in the pressing in the presence of the management of the General Inspectorate for Emergency Situations.

Additionally, the cases of poisoning with carbon monoxide increased, announced the minister.

In the last five years, 282 cases traumatizing 406 people, including 46 children and killing 67 people including 6 children were registered.

"These statistical data show that there are factors in rural areas are likely to cause the fires. Particularly, most the fires occurred in private housings of the elderly, the disabled, socially vulnerable families", added the minister Alexandru Jizdan.

The campaign A Protected House - A life Saved which provides provide flame detectors to housings of people in high risk groups has been launched by the Internal Ministry.

The priority of the campaign will be the elderly, the disabled and the socially vulnerable families with many children.

After the official launch of the campaign, two firefighter teams moved to Făureşti, a suburb of Chisinau, where they installed the first detectors in several families.