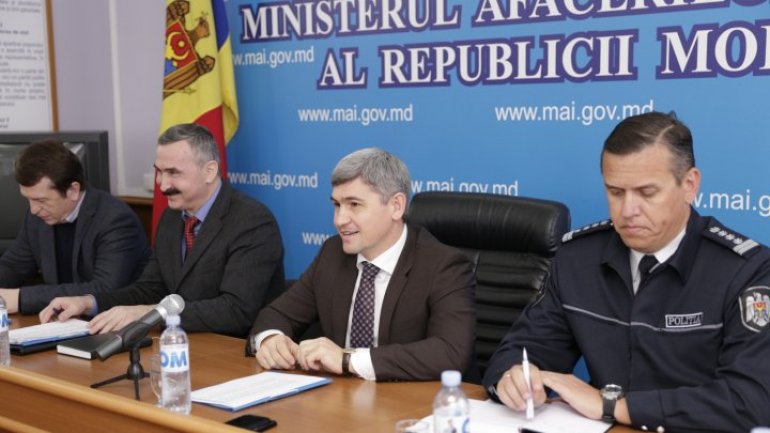 The leadership of the Ministry of Internal Affairs (MAI) together with the heads of the subordinated institutions had a working meeting with 28 mayors of localities of the country who are former police employees.

Issues related to MAI activity, initiated projects and problems faced by citizens were discussed in the meeting.

Minister of Internal Affairs, Alexandru Jizdan, talked about the desire and openness that exists within the MIA for a transparent dialogue with the community, which are not only objectives of the Community Police concept implemented by the General Police Inspectorate but are a demand of the society to have more active, more involved and focused on problem mitigation.

"We have created this discussion platform to get acquainted with the realities of the localities you manage and to strengthen our efforts for collaborative work to deliver. You are former employees of this system and you understand discipline and order", said minister in dialogues with mayors.

Social phenomenon such as alcohol consumption, domestic violence, crime and drug use are also discussed in the meeting. Mayors have communicated about the problems at the local level, about the activity of the sector policemen and welcomed this Ministry's initiative to strengthen the relations of the MAI employees with the local public administrations.

State Secretary Dorin Purice mentioned that both MAI and other authorities in the country need to join their efforts around a consolidated idea, so it will be possible to build a desired change among the citizens. The head of the PGI, Alexandru Pânzari spoke about the reforms started in the National Police, pointing out that society needs to know about everything the police do, and the police need to know the problems of society so that they will become partners.