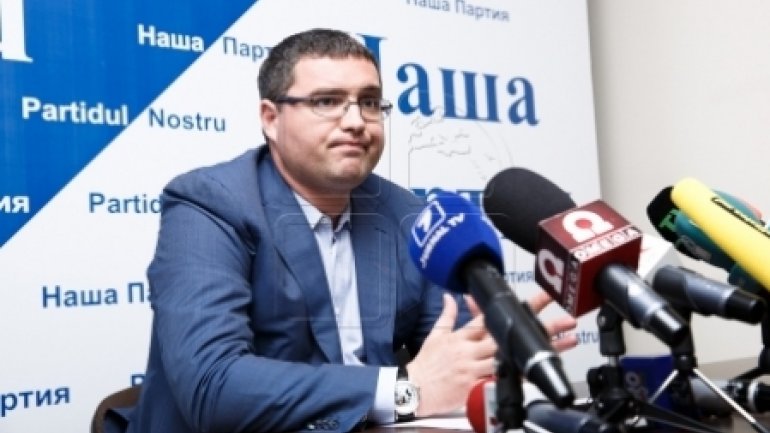 The intermediary of Renato Usatai was detained after trying to get false testimony from the killer Vitalie Proca in favor of Our Party leader, writes deschide.md. More specifically, it is about Valeriu Malarciuc, who, in exchange of a huge amount of money, had to obtain from Proca a testimony through which the latter denies the fact that Usatai hired him to assassinate the businessman Gherman Gorbuntov and also accuses other persons. The information was confirmed by the deputy chief of Police General Inspectorate, Gheorghe Cavcaliuc.

The detainment of Malarciuc was carried out this weekend by Moldovan prosecutors jointly with PGI employees.

The man was mediating the obtainment of false testimonies from killer Proca, in order to save Renato Usatai from the consequences of the accusations given to him in the case of murder attempt on businessman Gherman Gorbuntov.

The action took place in Romania, in the detention place of Proca, and the one who made the operation came back to Moldova in order to finalize the action.

Deschide.md sources from within the investigation say that Valeriu Malariu has admitted to his fault. Moreover, the investigators have tapping of discussions of Proca, detained in a jail in Romania, through which were planning the details of the frame-up and the amount of money Proca had to receive as a result of these testimonies.

Also, the prosecutors identified other persons through which Renato Usatai planned this frame-up.

PUBLIKA.MD reminds that the businessman Gherman Gorbuntov talked about the intermediary of Usatai in an interview for the blogger Veaceslav Balacci. It appears that Gorbunov was the one who alerted the authorities of many states interested in this case about this set-up.

Deschide.md mentions that the reason for trying to set up the false testimony of Proca appears to have on basis the progression of the investigation and respectively the attempt of Renato Usatai to save himself. As a matter of fact, the leader of Our Party has left the country more than a month ago and hasn’t returned yet.