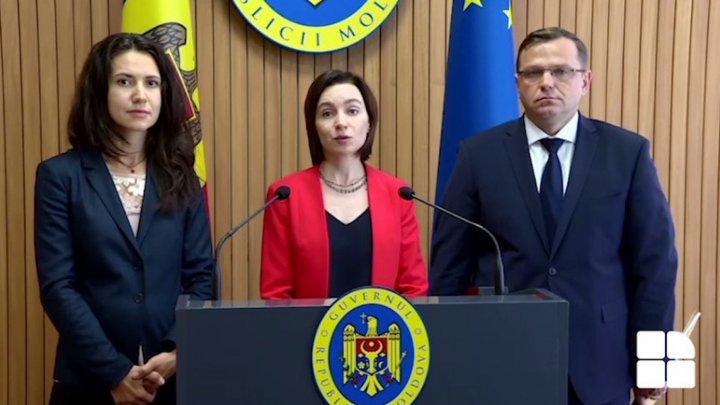 Interior Minister Andrei Năstase seems to still want to show himself as often as possible in front of the press, even if he has nothing to say.

Today, Nastase was surprised with his boss, Maia Sandu and Minister of Justice Olesea Stamate at a press conference organized after the Government meeting.

The PPDA leader went out with them, stood, listened to them and did not say a word. While the journalists were asking questions to the prime minister, Nastase tried to intervene, but was stopped. This is not the first time Nastase has behaved like a fifth wheel on a wagon.

Earlier, at a press conference organized by the Ministry of Justice, even though the invitation sent to the media did not include the name of Andrei Nastase, he came to the event and sat at a table corner.
AFLĂ imediat Știrile Publika.MD. Intră pe Telegram