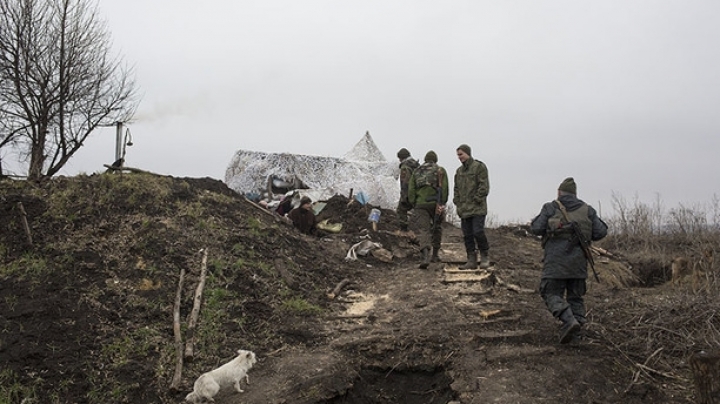 Three Ukrainian soldiers were killed and another one was wounded as pro-Russian militants mortared the positions of the Anti-Terrorist Operation (ATO) forces in Popasna district in Donbas.

"Tonight, the terrorists shelled the villages of Novozvanivka and Troitske in Popasna district from 82mm mortars. Unfortunately, there are casualties among the troops of the Armed Forces of Ukraine. One soldier was killed and another two were wounded," reads their statement.

In the past 24 hours, the general situation in the ATO zone remained tense. A total of 44 episodes of shelling of the positions of the Armed Forces of Ukraine was recorded, with 19 among them – in the Donetsk and Mariupol directions and another six – in Luhansk direction, the ATO HQ reported on Facebook.