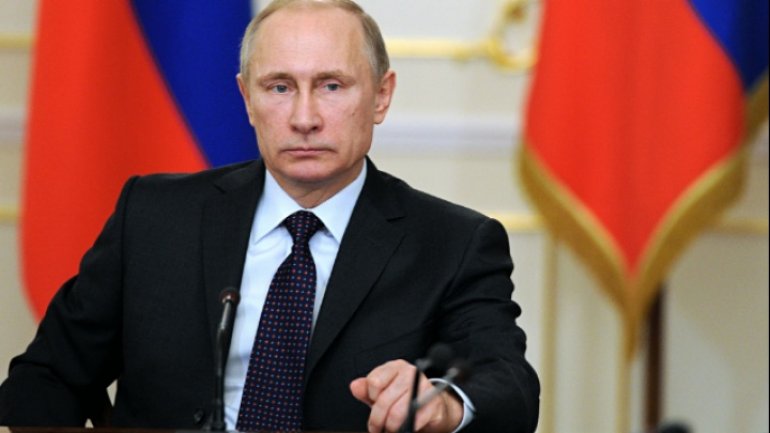 Moscow has “precluded the activities” of more than 30 foreign spies and more than 200 foreign intelligence collaborators in 2017 so far, Russian President Vladimir Putin said Thursday at an award ceremony for the country’s highest-ranking officers, wrote newsweek.com

But the Russian leader, a former KGB agent, provided no proof of these claims. Putin has also boasted about thwarting foreign intelligence activities in the past. At the end of 2015, for example, he claimed Russian security agencies had exposed 320 foreign spies over the course of the year.

As he spoke Thursday, Putin emphasized the need for the Russian intelligence community to “engage in systemic and extensive efforts, to extract and analyze existing and new information, and to forecast developments in various regions of the world, especially those close to the Russian border, with consideration for all the factors and risks related to the threats Russia might face.”

The Russian president has talked a lot this week about the need to enhance his country’s intelligence capabilities. “The security of Russia’s internet must be heightened, we must fight against those using the information space to spread extremist ideas,” Putin said during a meeting with Russia’s Security Council on Thursday.

Putin’s comments come amid heightened tensions between the U.S. and Russia over the countries’ respective intelligence activities. American intelligence agencies have concluded Russia interfered in the 2016 U.S. presidential election to enhance Donald Trump’s chances of defeating Hillary Clinton, which has led to severe diplomatic repercussions between the two countries—including sanctions and the expulsion of diplomats.

Not long before the Kremlin announced over the summer it was expelling 755 U.S. diplomats from Russia, it complained about the number of Americans within its borders.

“There are too many employees of the CIA and the Pentagon’s espionage unit working under the roof of the American diplomatic mission whose activity does not correspond at all with their status,” Russian Foreign Ministry spokeswoman Maria Zakharova said in July. “We have a way of responding.”

As Putin welcomed the recently appointed U.S. ambassador to Russia, John Huntsman, in early October, he warned Huntsman not to interfere in Moscow’s internal affairs as he referred to the “below-satisfactory” level of relations between the U.S. and his country.

Some might say Putin is getting a little paranoid.

During the ceremony on Thursday, he said terrorism remains one of the “main threats” for Russia while applauding his country's efforts to fight it. “In 2017, officers from the Federal Security Service prevented 43 terrorism-related incidents. Dozens of terrorists were killed, about 800 members of armed groups detained, and 66 terrorist and extremist cells were destroyed,” Putin claimed.