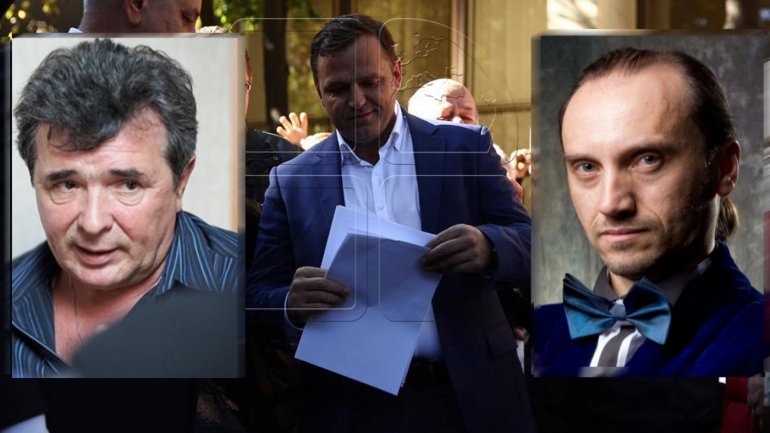 Leader of DA Party Andrei Nastase and the team of Jurnal TV, owned by fugitives Victor and Viorel Topa, are preparing new actions of destabilization of the country's situation.

The information was contained in an investigation conducted by today.md.

According to the source, recently the godson of convict Topa, Andrei Nastase, went to Frankfurt and Moscow, where he met the sponsors of protests in Chisinau and Renato Usatii.

Afterwards, the same road was made by the employees of Jurnal TV, Val Butnaru and Anatol Durbala. The journalists from today.md watched the entire journey of the three.

According to the investigation, on 22 December 2016, Andrei Nastase flew to Frankfurt, where he met the mobster Victor Topa.

Having two weeks, the two of them, like last time, hatched a new plan of actions meant to disturb public opinion and to fill it with lies, like during the last year. Finally, the plans for 2017 are more evil than usual, and this time they are hoping on Moscow's help, especially since Topa's brigade was sent everywhere in Europe.

On January 5, 2017, after putting everything in place with his godfather Victor Topa, Andrei Nastase flew to Moscow.

On January 7, Nastase flew to Chisinau after having several discussions with interesting people from Kremlin.

From the airport, the two in the service of Topa are taken by a private driver and taken to the hotel where they were staying. Hotel paid again of Victor Topa.

The two journalists, who work at the station of mobster Topa spent one day in Frankfurt, during which they received new instructions. On January 8, Durbala and Butnaru returned to Chisinau.

Reporter: Hello, Mr. Butnaru. Where have you been? On holiday? Did you go to Frankfurt? Have you seen Mr. Topa?
Val Butnaru: Yes.
Reporter: Did you receive new instructions?

Last year, Andrei Nastase, together with members of "Dignity and Truth" Party organized several protests, some of them violent. The press writes that they were paid by gangsters Victor and Viorel Topa and were organized to destabilize the situation in the country.

The events organized by DA Party were reflected by Jurnal TV. The media holding of fugitives Topa is a gun handling not just of those two, but also of other politicians. A telephone recording that appeared recently on the Internet demonstrates it. In the interception, the mayor of Balti, Renato Usatii, says that Jurnal TV bosses asked 70 thousand Euros to show him in a positive way on television, after which they dropped the price to 40 thousand euros:

"Those two brothers from Jurnal TV, I forgot their names, came to me. In short, the director of Jurnal and an administrative director, two directors were in my office. Mr. Renato, we want to work with you. They proposed friendly to me,because I am new, 40 thousand euros per month. I apologize for expression, but it is [...]. "