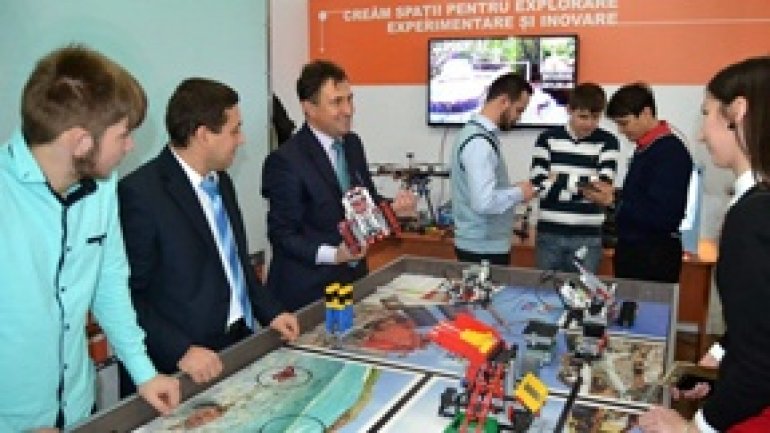 A fair of innovative reforms “New Bridges for Development: Modern Library”, which is a part of the Novateca international project and of the national program “See You in the Library!” has opened on Friday in National Library, as stated by Infotag.

The fair’s aim is to demonstrate innovation opportunities, as well as to present services, which can be provided by modern public libraries. The event was attended by Culture Minister Monica Babuc, Ambassador Extraordinary and Plenipotentiary of the USA to Moldova James D. Pettit, Deputy President of the Bill and Melinda Gates Foundation Jessica Dorr, as well as Head of the Novateca project Evan Tracz.

The fair serves as a platform for conducting informal negotiations, developing of partnership for public libraries in Moldova. New opportunities the project is covering concern the culture sphere, internet technologies, the media, educational and recreational programs.

“This is a real revolution for Moldovan libraries. Over the time of project existence, since 2012, 850 libraries have been reconstructed, 2500 computers have been bought. Our foreign partners are already saying that Moldovan public libraries may become a good example for other libraries all over the world”, Babuc said.

“Modern libraries are already not just books and a silent place to read. They are a whole platform for implementing the diversity the world proposes today. The successful cooperation between the USA and Moldova is lasting already 25 years and public libraries have an important role in its continuation”, Pettit said.

“I have been working with Bill and Melinda Gates for already long time. At the beginning, I could not understand why they are investing so much money in public libraries. But soon I understood that a library is not just an old building with dusty books. This is a multifunctional institute for development. Today, due to our Fund and our partners, nearly 350 thousand libraries have opened and are operating all over the world”, Dor said.

“Due to the project, hundreds of Moldovan libraries have been transformed into platforms for using new technologies and opportunities. We attract central and local authorities. Such events are showing opportunities for professional growth in many directions”, Tracz said.

Over the period of the program “See You in the Library!” implementation, the number of library visitors grew by 25% in Moldova.
AFLĂ imediat Știrile Publika.MD. Intră pe Telegram