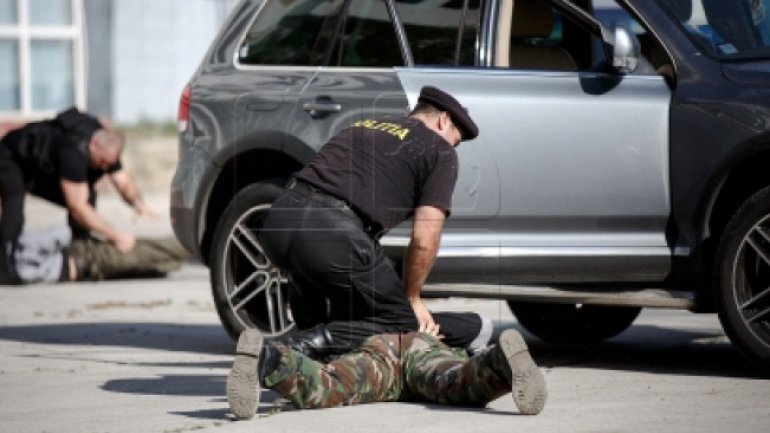 A 18-year-old inmate from Prison No. 13 from Chisinau was blackmailed for half a year by nine persons, aging between 26 and 42 years old, active members of a criminal organization "Makena". The young man was threatened of harm and death in case he refused to obey them. Namely, he was threatened with the intention of extorting 30 000 euro.

The violent actions of the prisoners were stopped by law enforcement, while six of the suspects are serving their time in other prisons from the country.

After investigations, police officers have established that those pressures were coordinated by the so-called "supervisor" and other inmates were enjoying the criminal authority. To obtain the money, the suspect suggested the victim to sell his house and illegally gain the financial means.

As a result, on 3rd January, investigators along with PCCOCS prosecutors and officers from Special Forces Battalion Fulger, arrested red handed one of the criminal group's member, when an undercover officer received a part of the money.

At the same time, DIP employees and "Pantera" officers, have performed 14 authorized searches, including in three prisons from Republic of Moldova, where they managed to find and confiscate evidence for the case (cell phones, notes, playing cards etc.)

Two members of the group, were arrested for 30 days. Necessary actions are also taken in order to establish the identity of other people implicated in this case.

The suspects risk from 13 to 15 years of imprisonment.